Staff member
I still have scars on the insides of my cheeks from snapped wires because, as a teenager, having braces didn't stop me from eating milk duds!

When unloading my car at the airport 2 weeks ago I accidentally bumped the dome light into the on position.

HCGLNS said:
When unloading my car at the airport 2 weeks ago I accidentally bumped the dome light into the on position.
Click to expand... 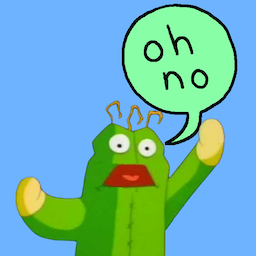 (seriously tho, I hope someone was able to give you a boost!)

My office is an ice box. Omfg I’m freezing!

Set your paperwork on fire to warm the place up.

Staff member
I have a comedy gig this weekend. $300 for two hours, which isn't much. I had two comedians lined up to go up with me and one of them pulled out. So I had to scramble to find someone. I did, but they are charging me more than the one who dropped. So I will make $0 this weekend. Yay me.

Garedicus said:
I preferred regular/unflavored Silk soy milk for coffee - it has a slightly thicker mouthfeel than regular milk, so it's creamier for the coffee, and it doesn't taste much.

Post automatically merged: Oct 8, 2019
I am so fed up with what Google thinks is important to me. Seriously, the amount of random weird spammy "news" I get served is complete and utter bullshit. Yes, this is largely due to my own browsing habits, but how about understanding that I like to see pictures and video of trains, but don't need to get a notification each time one derails somewhere in the continental US? I seriously got a notification on my phone this morning to tell me that a train had derailed somewhere near Cincinnati and that schools were being delayed there. I'm in bloody Oregon, why the hell would that be news for me?
Click to expand...

TBH I've turned all of the app notifications off on my phone, except for messaging apps, because they are all inane and just want my attention. I also spent a lot of time on my google news feed marking things as not interested, which helped. It usually gives you several options for what part of the news article doesn't interest you, so you can stop getting stuff from specific newspapers etc.

Garedicus said:
I got tired of seeing "news" about which Kardashian was sleeping with whom, and downloaded a news-blocking extension for Chrome that lets me block all stories containing keywords that I set, so I could actually read news without having to read "news," but that means I haven't been setting preferences through Google, so all of my other devices still serve me this bullshit. I suppose the easiest way would be to go through Google News in another browser, but I still have yet to find anything native in Google News that lets me blanket ban celebrity news.
Click to expand...

Google tracks what it thinks your interests are, and you can edit it to remove anything Google got wrong, which should also affect your news feed. (Welcome to the digital age where everything we do is tracked "for our convenience"

Garedicus said:
Ya' know, I'm just whining here about a single screw-up of Google's algorithm. I'm not so old that I don't understand how technology works. I have most of an MIS degree, with a hardcore programming background and I've worked for Microsoft in this century. I don't really need a lecture on how technology works or how the world is now.
Click to expand...

I'm not saying you don't, I was making fun of our reliance on tracking software in our everyday lives, not really giving you a lecture.

I dislike almost all of that kind of algorithms. Whether it's the Facebook feed (JUST SHOW ME STUFF IN THE ORDER IT HAPPENED! HOW HARD IS THAT?!), Google news, Google maps telling me how long a drive it is to work, or what-have-you.

Bubble181 said:
Google maps telling me how long a drive it is to work, or what-have-you.
Click to expand...

I hate this. Waze/Google Maps always seems to calculate my arrival time based on some average of my past travel time(s) rather than by calculating according to the posted speed limits and upcoming road conditions. I don't need to know how soon I COULD get there, you blasted algorithm! I need to know how close I'm going to be to my target arrival time!

Week three, or longer, of me being a snot faucet. We had a big work thing with everyone across the country here and I had to be there. I was so gross. I felt horrible for being so disgusting in front of them.

After arriving early, a long day, and a group supper I had a doctors appointment where I learned it’s a sinus infection and the antibiotics will interact with my anti rejection treatment later this week. Yay?

And I get to be super gross in front of everyone tomorrow too.

I’m seriously debating bringing my pillow, my stuffed bear and a blanket and taking the couch in the back of the boardroom for today’s fun lol.

My face is all bumpy and I didn’t sleep in addition to my whine last night. I don’t think I own enough makeup to fix this.

Bubble181 said:
I dislike almost all of that kind of algorithms. Whether it's the Facebook feed (JUST SHOW ME STUFF IN THE ORDER IT HAPPENED! HOW HARD IS THAT?!), Google news, Google maps telling me how long a drive it is to work, or what-have-you.
Click to expand...

The Facebook one is mindboggling to me since the fact that my feed barely changes makes me less likely to be using Facebook.

I’m on the couch after all. The antibiotics made me a barf cannon in the middle of my work thing and one of my super nice coworkers heard me. So gross. 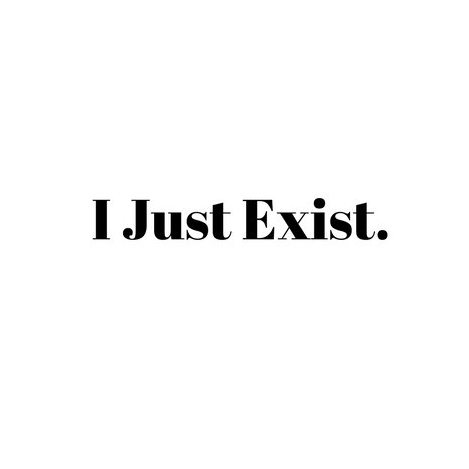 Monday morning, first customer I get on the phone and hey, hurray, he's lodged a complaint against me for the way I treated him.
Well, sucks to be him. Don't be a jackass, listen to the support guy giving you support, and your problem might get solved. Don't listen to him, and your problems are just that - YOUR problem.

Of course I can't sleep the night before my first day back at work.

I thought TX had no property taxes?

PatrThom said:
I thought TX had no property taxes?

Oh no, we have MAD property taxes. It's income tax we don't have.

And I just got to pay an entire year's property taxes on a house I bought a month ago.

(I mean, the former owner did chip in most of it, but still).

Make double sure to homestead your house. That saves you a bit on the tax.

sixpackshaker said:
Make double sure to homestead your house. That saves you a bit on the tax.
Click to expand...

The local Wal-Mart-esque stores have already started carrying Christmas decorations, and local businesses have begun clearing out the spaces where their Santa displays will go.

A lot of my local mall is the same. It's like Halloween is either being torn down early or skipped entirely.

It’s the middle of the night and I’ve taken night time cold meds to deal with my sinus infection and I’m wide awake. The combination of my regular meds, the antibiotics and the nighttime cold meds either knock me out or keep me up all night.

Work has been rough recently. I changed jobs back in January, well, I say "changed" but really just moved from one school district to another doing the same thing. But the new district has so many different things for me to do and so many different procedures, not to mention they are Apple-centric instead of windows, so I'm having to learn all of that stuff as well... It has been daunting. This last week I have screwed up several different things and it has given me a massive case of imposter syndrome right now to the point that I just want to quit and either go back to my old district where I was paid less, but at least knew what I was doing or just leave tech in general for something easier.

Staff member
I was in a car wreck today. Not my car, thankfully, I was a passenger. We were coming back from lunch and an 80 year old guy in an excursion made a left turn into oncoming traffic when he didn't have the light. The Lexus SUV I was in is totalled, but man those were a lot of airbags. We all have bumps and bruises, and I'm sore and swelling on my elbow and knee and have some scrapes, but we all walked away, and that's lucky.

On the lighter side of the incident, the other driver didn't even have his own cell phone to call his wife. He borrowed one of ours, but she didn't answer so he left a message. She called back a few minutes later, and my friend whose cell phone it was answered, and she immediately started saying "So what'd he do? I knew this would happen, we've all been telling him, You got no business driving around any more! It's only a matter of time! Well, here it is!" etc etc. So that kind of gave us a chuckle.

Ironically, my driver, the owner of the Lexus, had been remarking how much he wanted to get an Audi R8... well, I guess this is his chance, huh.

Staff member
Well that sucks. Glad everyone is okay.

That 80 year old guy should just keep going and never go home. His life is over.

"Tell my wife and kids I love them very much. I'm going now."

GasBandit said:
Ironically, my driver, the owner of the Lexus, had been remarking how much he wanted to get an Audi R8... well, I guess this is his chance, huh.
Click to expand...

One of my coworkers drives an A4. He's been in 3 accidents, none of which were actually his fault, and the third one, he was rear-ended something like a week after getting it back from the shop from the second one. So he's also looking for a new car, and I don't blame him. That thing is probably cursed.