I always thought it odd that zoom had the option to turn people’s camera on without a prompt when joining a meeting. You could even hide the video feeds for participants so they wouldn’t even know. It was even the default for us in some cases.

It was comical to be able to watch people do their thing for 15 minutes, and then see their face as they realize their camera is on.

Before you rush out and grab that shiny new Zen 2 CPU to throw in your old AM4 socket motherboard...

And MSI reacts. But you'll need a new motherboard.

Twitter appears to be having technical difficulties at the moment...

A story that’ll make you think twice before installing any browser extensions...and maybe even take a hard look at any extensions you have installed right now:

My browser, the spy: How extensions slurped up browsing histories from 4M users
(The method has been dubbed “DataSpii.”)

Adobe canceling/deactivating ALL accounts and services for people in Venezuela due to Executive Order 13884.

the practical effect of [the Order] is to prohibit almost all transactions and services between U.S. companies, entities, and individuals in Venezuela. To remain compliant with this order, Adobe is deactivating all accounts in Venezuela. [...] We are unable to issue refunds. Executive order 13884 orders the cessation of all activity with the entities including no sales, service, support, refunds, credits, etc. You have until October 28, 2019 to download any content that you have stored in your Adobe account. After this date your account will be deactivated. We apologize for the inconvenience.
Click to expand...

Or, as boingboing puts it, since everything is going "cloud as a service" now:

If you live in Venezuela and rely on Adobe products to do your job -- whether that's publishing a newspaper, running an NGO, or doing design work, Adobe has a very special message for you: GO FUCK YOURSELF.
Click to expand...

Staff member
Hope you pirated Adobe CS 8, like.. some of us did..

CS8 was the last one before they switched to the subscription model. You miss out on some of the neater bells and whistles, like content-aware filling, but it still feels better to tell Adobe to go get fucked.

No refunds either for the same reason.

Frank said:
No refunds either for the same reason.

This just in: Adobe has decided, through the kindness (public backlash) of their hearts, to process refunds for the affected users and to keep their Behance service accessible. The deactivations and all the rest stay, though.

Intel Releases Advisory: Update X299 for Cascade-X, and [potentially] Lose Kaby-X [7xxx-series] Support
I don't know if anyone else is using a 7xxx-based system, but looks like it's worth reading the release notes before updating your BIOS/EFI.

Heh. I sent that to a friend of mine who is always going on about Linus and who just build an 8xxx-series machine a couple years ago.
The comments: "When will he drop it?"

Yahoo! is deleting all content ever posted to Yahoo! Groups

I mean, yes it has become something of a cesspool thanks to all the abandoned zombie groups, but this still seems...extreme.
Anyway, if you want to preserve any content you ever bookmarked (or that you might still subscribe to) on Y!G, you have until Dec 14 to download it locally. Guess I'd better get to archiving all the stuff from the Kryptos group if I ever want to see it again.

Garedicus said:
Does this mean I'll finally stop getting email reminders about gaming sessions for groups I haven't been involved with in a decade and a half?
Click to expand...

As most many of you know, single-thread performance is usually the most influential factor in determining how well any given processor will game. Well, if the most current Passmark data are to be believed, that means the absolute best gaming processor right now is... the business-oriented Ryzen 7 3700 PRO? Huh? They run at a lower clock speed and 40W lower TDP than the 3900X, but there are over 13 samples, so that result is not likely to be a fluke.

It’s even ~2% faster in single-thread performance than Intel’s new brand-spanking new i9-9900KS (which comes in at #3, right after a 3900 (PRO?) which does have only one sample and is more likely to be a fluke.

And looking at the performance difference between that and my current CPU... it's getting to be close to time to finally build a new rig, I think.

GasBandit said:
looking at the performance difference between that and my current CPU... it's getting to be close to time to finally build a new rig, I think.
Click to expand...

The 4770k is a very nice processor for daily driving even today, but you're absolutely right that it's not the gaming monster it used to be*...six-and-a-half years ago.

I was all set and started speccing out a system to finally upgrade, too...until I saw that Ryzen 4000 series (Zen 2's "tock refresh" iteration) could be out as early as Q2 '20, and I'm perfectly fine waiting another 3-6 months before I finally take the plunge (which would put it after tax refund time anyway).

The next gen consoles are going to push multi-thread performance in games in a big way, with both the Playstation and the Xbox's having 8-core processors in them. About fucking time.

Well sure, but the 3950X wasn’t out yet when I posted (and therefore Passmark didn’t have any data).
For single-threaded workloads, one Zen 2 is much like any other, depending on clock speed (with another slight variance for 1- v. 2-chiplet configs due to the memory write bandwidth thing), and the 3950X is the one that’s supposed to be rated for the highest clockspeed (assuming you have adequate cooling, that is). I assume the reason the “PRO” CPUs hold the single-thread lead is because they are tuned for business app usage, meaning they have lower 65W TDPs and are tuned to leave enough thermal headroom to perpetually keep one or two cores at full turbo (for max responsiveness in Word/Excel), while the consumer chips are allowed to turbo across all cores even if that means they can’t turbo as high due to generating more overall heat.

Yeah. Slashdot and others have been bellyaching about this for days. Especially this part:

“We here at PIR are happy to have negotiated a price that will allow us to retire and guarantee the future of the .org domain for only 10 more years, after which it’s not our problem any more. Peace out!”
EDIT: Also, this. 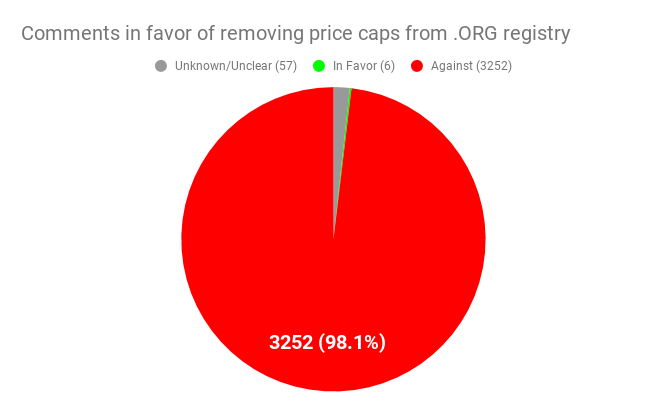 “Eh, let’s do it anyway.”
It’s like the Net Neutrality thing all over again.

AMD's side of the story coming soon.

Oh man, those graphs and their mysterious colored smears.

Intel's focus right now is probably on their Xe GPU anyway, I'm sure they've already written off this generation of CPUs. 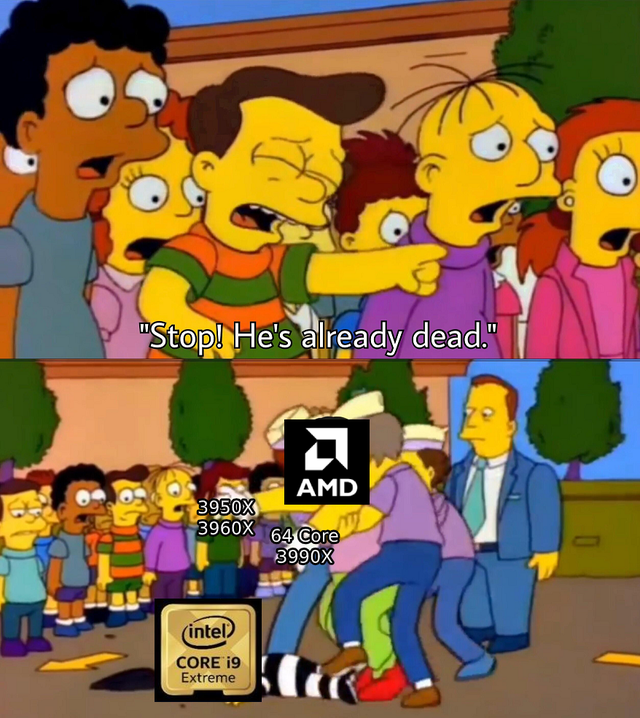 The thumbnail and title basically say it all...

tl;dw not a BAD CPU, just... pointless. Whatever this CPU does, someone else is already doing it better, cheaper, or both.

The tl;dw version of the LTT holiday CPU buyers guide: just get an R5 3600.

DarkAudit said:
The tl;dw version of the LTT holiday CPU buyers guide: just get an R5 3600.
Click to expand...

I’ve sent a request to both LTT and GN asking them if they could compare the performance of a 3700X against a 3900X that’s had 4 cores disabled via Ryzen Master in order to test whether there’s a performance difference that’s directly attributable to 1 chiplet v. 2 chiplets with all else being identical, but haven’t seen anything nor gotten a reply. There are rumors of a potential 3750X release, and my guess is that’s what one would be.

Some updates on this:

Here's what's happened: first, ICANN [...] approved a change in pricing for .ORG domains, run by the nonprofit Internet Society (ISOC) through its Public Interest Registry (PIR), allowing the registry to raise prices. The change was done entirely by staff, without board approval.
Next, several of the people involved in that decision migrate from ICANN to ISOC or to a brand-new private equity fund called Ethos Capital [...] Ethos then buys the Public Interest Registry from ISOC for a little over a billion dollars -- about a billion dollars less than it's likely worth -- and makes a nonbinding pledge to limit its price increases to 10%, compounded annually (!!) and starts a PR campaign to argue that this is very reasonable.
[...]
Dec 9, ICANN announced that it would be hitting pause on its approval of the .ORG sale for 30 days, while it requests "additional information about the proposed transaction including information about the party acquiring control, its ultimate parent entity, and whether they meet the ICANN-adopted registry operator criteria (as well as financial resources, and operational and technical capabilities)." ICANN warns that it can only block the sale on terms that rise to "a standard of reasonableness."
Click to expand...