The province is now ripping up all the patches and putting down a fresh lane of asphalt as they widen the entire road.

#6,485
Reactions
305 165 2
HCGLNS said:
The city spent all of September ripping up and patching the asphalt on my road

The province is now ripping up all the patches and putting down a fresh lane of asphalt as they widen the entire road.
Click to expand...
glad to know everyone talks to each other

#6,487
Reactions
504 140 7
stienman said:
well, better news. The other areas infected are muscle tissue, not bone, so no more surgeries, just antibiotics from here on out, and she may be there less than a week.
Click to expand...
Spoke too soon. Multiple follow up surgeries for the same infected area. Not responding as quickly to antibiotics as expected. My brother had to go back to work after a week, and his wife is recovering from a significant injury so she's in a wheelchair. His mother in law is there, but with all that I wonder if they are able to have someone there with their daughter at the hospital all the time. I know it would kill me - I'd be telling my job, "Hey, I'll just let you know when I'm coming back."

I wish I could do more for them.

In other news, while talking with one of my teenage boy's religious leaders about next year's scout camp (Philmont, it's a Big Deal(TM)), I mentioned our difficulties with our baby. I forgot he was a neurologist at the University of Michigan until after I got off the phone with him, but the symptoms I described worried him enough to discuss them with the pediatric neurologist there, and they contacted us today to ask us if we'd be willing to take the baby in next week (ie, skipping the long waitlist).

I guess the sole consolation is that two days ago a client I completed work for months ago finally got back to me about payment, should be just under $5k, so while I'm expecting very little from our insurance, at least I know we won't have to dip into savings for the initial workup and examination.

I'm not sure whether I want to delve into the list of possible causes. If we don't pursue it now, though, I know we'll always ask ourselves later on if we should have, particularly if it turns out to be something that does affect him, and is treatable (and many things are).

Just got back from my mom's visit to the orthopedist. Replacing both hips at once is not an option. There's an increased risk of death, even in an otherwise healthy 25-year old. A 72-year old approaching the BMI limit to have the surgery means the doctor won't even consider it. So the plan is to do the left one first, then about a 3-month wait for healing and rehab before doing the other one. Scheduling will be after lab work and a dental exam are done.
Click to expand...
I feel like they'll be working on the BMI thing during the first rehab, too.

#6,496
Reactions
504 140 7
It's common before major surgery when it's planned ahead. Tooth decay can lead to blood poisoning surprisingly quickly. Emergency surgeries don't have the luxury of time to examine, but when it's a scheduled surgery a dental exam is often required.

#6,497
Reactions
241 39 0
My wifes best friends husband had an Aneurysm the other day when only the Husband and their 11 year old kid were home. Thankfully She's friends with someone who's mom is a nurse so when she saw him she ran accross the street to their house and got them to call 911 and the nurse to try and stabalize him. Apparently where the aneurysm happened is one of the worst places and only a 5% chance of recovery (from what I've been told) and he has a big chance of a stroke for the next 10 days or so. So there's that.

#6,498
Reactions
22 0 0
Friend of mine was roofied on Friday and only just woke up four hours ago, she was likely raped during her blackout. I'm so disgusted, saddened, and enraged right now. I know the bastards as well and never have I had such an urge to straight out murder anyone until now. I'm doing what I can to keep myself composed to aid her through this ordeal, but honestly I'm goddamn useless. Hopefully she will bring this to the authorities, I said I would go with her, I told her I would help in whatever choice she made. . . beyond this I'm at a loss of options.

#6,499
Reactions
241 39 0
My friend died, had a massive stroke (is was a high probability because of the aneurysm) died yesterday at like noon.

#6,500
Reactions
281 107 0
My Dad had another stroke last night. Luckily he got himself seen right away. He wasn't feeling well so he told one of the cops he was working with and they drove him to the Emory hospital. He's making a full recovery. The doctors hope to release him tomorrow depending on what the MRI shows.

He works with FEMA and they've been sending him up and down the Southeast coast without much of a break. I think the stress of constantly moving just got to be too much. It's a good thing it happened last night because they'd originally planned to send him to the flooded areas outside Savannah today, where he wouldn't have had ready access to a hospital.

So...an update. I've been pretty quiet about my personal life as of late. And it's honestly because...I don't have a life to really talk about. I've spent all my time at home watching Netflix or playing games. Even working at Swiss Chalet was maybe 15 hours a week, the rest doing jack all.

Been off my meds for about two months because before my doctor put me on a med for ADD/ADHD, she wanted to have my heart checked out. And there was an irregularity in my QT intervals. Something like that. I'm going for a stress test for that tomorrow.

And I've just been...I don't know. After everything this year and over the last few years, I realized something: I'm not just depressed. My spirit is broken. I've failed at so many things like jobs, relationships, writing, that I just don't care anymore. I don't see any future for me anymore. I'm having a lot of...dark thoughts. I've told my new counselor about it, but I don't see my mind changing much. Even when I was medicated, I still had crippingly low self-esteem and self-worth. I really don't see a future for myself anymore for anything. Not a job or career, or a relationship or family of my own. I don't see how I'd be capable of any of that anymore.

Anyway, that's your update, for what it's worth. Which is nothing.

I know there's nothing I can say to make things better, but I do enjoy what you contribute here. I would miss you if you weren't posting, and I'm sure I'm not the only one. I wish I could do something or suggest something that could help. I hate seeing anyone in pain. But I'm glad you're sharing with us: the good and the bad.

#6,503
Reactions
656 346 0
@ThatNickGuy, I wish I could convey just how much I sympathize with you. Beside the heart issue, I'm in the exact same boat. No self esteem, no hope for the future, and feeling unloved. I hope we both can get through this.

#6,504
Reactions
1,465 390 2
Cheesy1 said:
@ThatNickGuy, I wish I could convey just how much I sympathize with you. Beside the heart issue, I'm in the exact same boat. No self esteem, no hope for the future, and feeling unloved. I hope we both can get through this.
Click to expand...
You've said this before and I never know what to say to it. I'm sorry.

#6,505
Reactions
305 165 2
ThatNickGuy said:
Which is nothing.
Click to expand...
your value to us is priceless, i argue your value is infinite. I dare you to find any long time active member who would say otherwise!

#6,506
Reactions
1,465 390 2
Bones said:
your value to us is priceless, i argue your value is infinite. I dare you to find any long time active member who would say otherwise!
Click to expand...
Charlie and Jay, probably.

You know what I picture when I think about you? This: 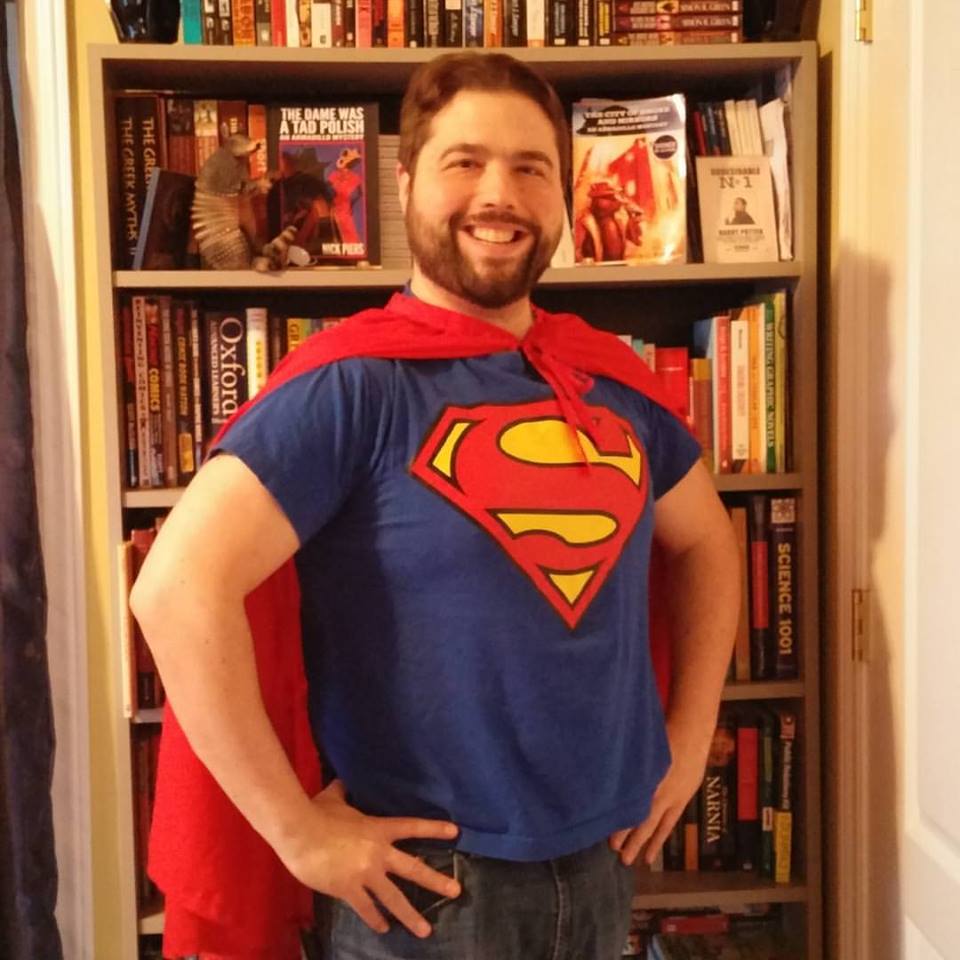 You're the man, Nick. You're the guy with the S on his chest.

Click to expand...
Um, actually, its a symbol of hope.