Had to suffer through the heat of the weekend, but maintenance has scored me a replacement AC unit. The old one was very, very overdue for a cleaning, which is probably why the compressor kept overheating.

(mmmph) "suffer through the heat" (snerk)

Let's try the equivalent of locking you in a car on a hot (and humid) day and see how YOU like it.

You want to talk hot? It's going to 30C in SK tomorrow!

Emrys said:
You want to talk hot? It's going to 30C in SK tomorrow!

That's what is was here (Halifax) yesterday! (you have my condolences)

Mid 90s and humid all weekend, and it was work to keep my room in the mid 80s with the weak AC unit.

Staff member
We've had 98-99 degree temps all last week and through the weekend, but it's starting to cool off. One more high of 98 today, and then low 90s for the rest of the week. It'll be heaven.

It's been ninety-ohey this isn't the weird weather thread...

Don't become that guy, no one likes that guy.

Ravenpoe said:
Don't become that guy, no one likes that guy.
Click to expand...

Then come winter he'll be making fun of everyone who still likes snow.

Id rather be cold than hot any day. I am revolting right now.

And still barfy. What’s wrong with me?

Made my first Carrot Cake today! And it is delicious.

Grytpipe-Thynne said:
Made my first Carrot Cake today! And it is delicious.
Click to expand...

The hardest part for me is shredding the carrots fine enough so that they cook up soft during the bake.
What sort of frosting? Or did you do a filled one?

Staff member
I can't believe I never knew about this until now, but there is a unix/linux/mac program called "fuck" (usually installed as "thefuck"). If you mistype something on the command line and get the "did you mean XXXX?" response, you just type what you're probably saying at that point, and boom. It autocorrects your typo.

I just found out that my extra week of vacation for hitting 5 years prorates for half of this year once i hit 5 years rather than not starting until next year. Aka 2.5 free vacation days!
Last edited: Jul 23, 2019

PatrThom said:
The hardest part for me is shredding the carrots fine enough so that they cook up soft during the bake.
What sort of frosting? Or did you do a filled one?

Philadelphia and icing sugar. Not quite as good as the cake.

Grytpipe-Thynne said:
Philadelphia and icing sugar. Not quite as good as the cake.
Click to expand...

Add some ground nutmeg to the frosting next time. It really sparks it up.

Emrys said:
Add some ground nutmeg to the frosting next time. It really sparks it up.
Click to expand... 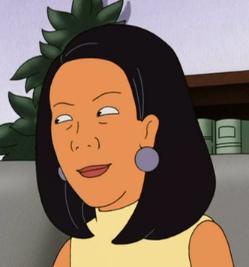 Emrys said:
Add some ground nutmeg to the frosting next time. It really sparks it up.
Click to expand...

Thanks for the tip.

I realized last night if I'm having problems with my dad, the best person to talk to is someone who stopped dealing with a lot of his shit over 20 years ago: my mom!

And I do feel better. And my mom and I hadn't really been able to have those kinds of open conversations before, so I feel like a door has opened.

Staff member
That's one hell of a discount!
A

This is anonymous because right now this is supposed to be top secret at my work so I don't want to get caught saying anything.

A couple years ago I was forcibly taken off of my team to get put under a VP who has been with the university for a long time. They never gave us (& still haven't given us) a department name, any direction, and my job title is still the same. And the workload has been getting lighter & lighter. It's been...stressful.

So yesterday my boss gives me a bunch of booklets about AGILE project management and tells me it would behoove me to learn this. I asked no questions as I've danced this dance before, instead just focusing on reading through the documentation.

Today my OLD manager pulls me aside & tells me that I'm going to be going back onto his team in a new position created specifically to help with a software package we've owned for years but never really utilized. I asked him what was going to happen with my NEW boss and he said nothing, but shrugged. I think my new boss might be going bye bye. But they've moved him around a lot before and I hope that's what they do now. He's a weird guy, but he's not a bad person.

So I'm going back to stability and less stress. I'm going back to a job that has direction and purpose. Only reason this is a minor victory is I don't know what's going to happen to my new boss. I like the guy and hope he gets to stay in another capacity.

Spam and chicken bones on sale this week.

My wife, waking me up this morning: "Hey. Shouldn't you be leaving for work in ten minutes?"
Me, checking the clock: "Actually fourteen minutes, but AAAAAAHHHHHHHHH..."
...still made it on time.

HCGLNS said:
Spam and chicken bones on sale this week.
Click to expand...

I think maybe he's looking to cook up some pumpkin spice stock.

I feel like his years of posting history is proof enough.

Too bad Scott Adams has gone pants on head crazy.

He was always. Dilbert was always about how it's not the system that sucks, it's the people you have to deal with.

I always thought the PHB was a general representation of how people in charge suck.

From what I remember, it was a response to the "Peter Principle" about leadership back in the 1980's, in which you take someone who was really good at their job, and promote them above their competence, making a manager out of someone with few administrative or leadership skills. A good example of this would be Michael Scott from the US Office, who was apparently a salesman par excellence, but became a mostly lost and incompetent manager.

The Dilbert Principle is that your manager has probably never been particular good at anything, and yet wind up in charge, despite being a liability at literally everything.
You must log in or register to reply here.
Share:
Reddit Pinterest Tumblr WhatsApp Email Link
Top