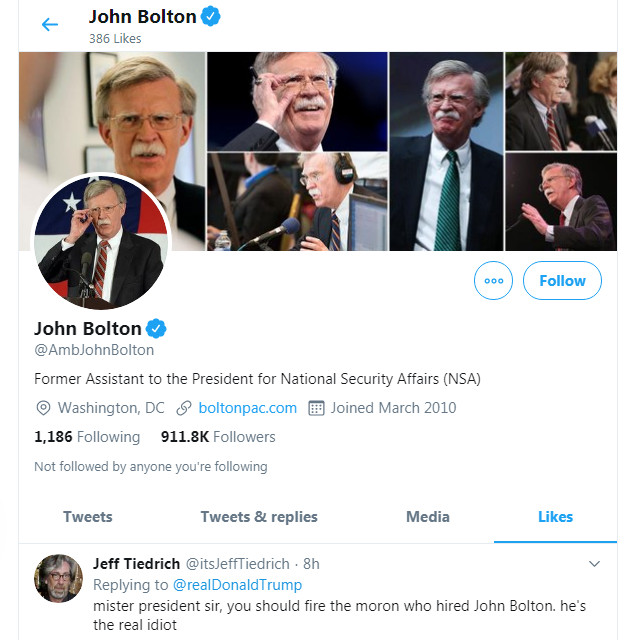 I don't really follow Yang, so I don't get it. Are a lot of Yang supporters incels or something? 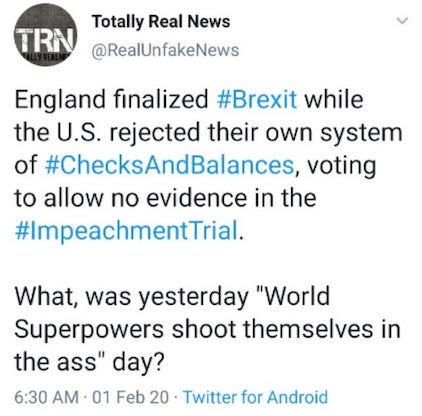 But they didn't finalise Brexit, they just entered a new stage of negotiations, because Boris just had to have his leave moment now, so no one can say he delayed. But they still abide by EU rules for like a year while they negotiate an actual deal. And the EU side already expressed doubts about there being enough time etc. 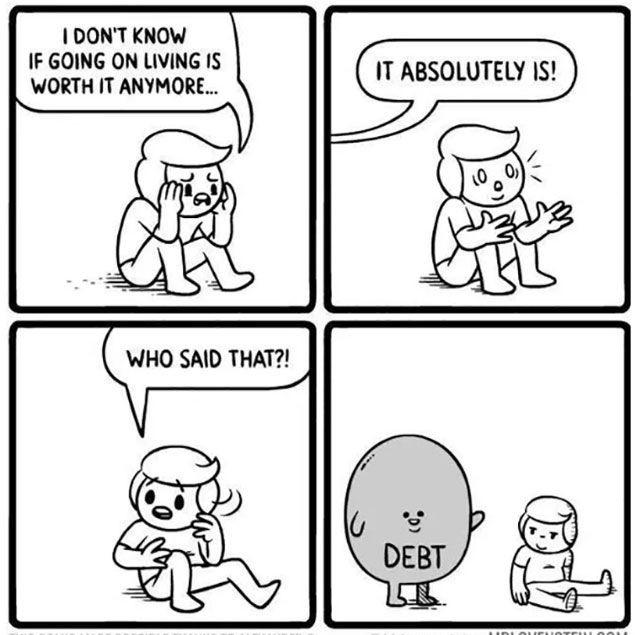 Yikes, yeah, C&H would be proud.

Just so you know I spent 10 seconds thinking "but Calvin & Hobbes isn't dark" before I realised you meant Cyanide & Happiness.

mikerc said:
Just so you know I spent 10 seconds thinking "but Calvin & Hobbes isn't dark" before I realised you meant Cyanide & Happiness.
Click to expand...

As we always said back in college "the best thing about kansas is in Missouri." 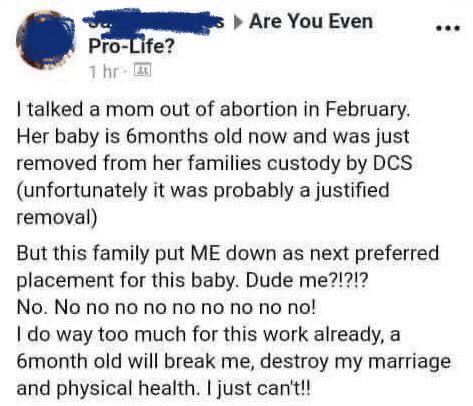 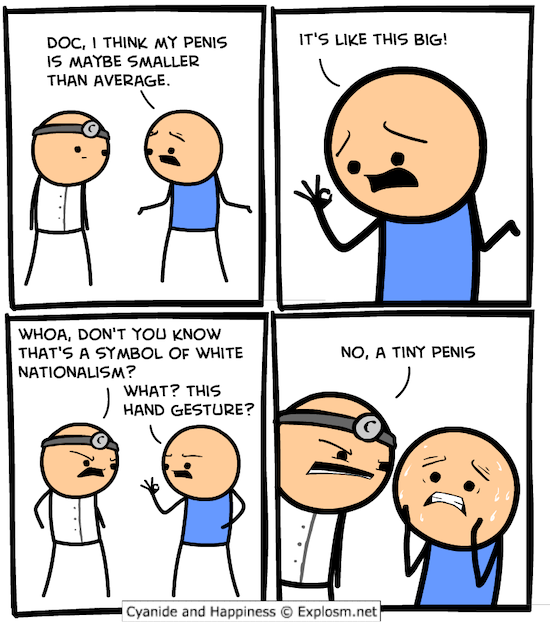 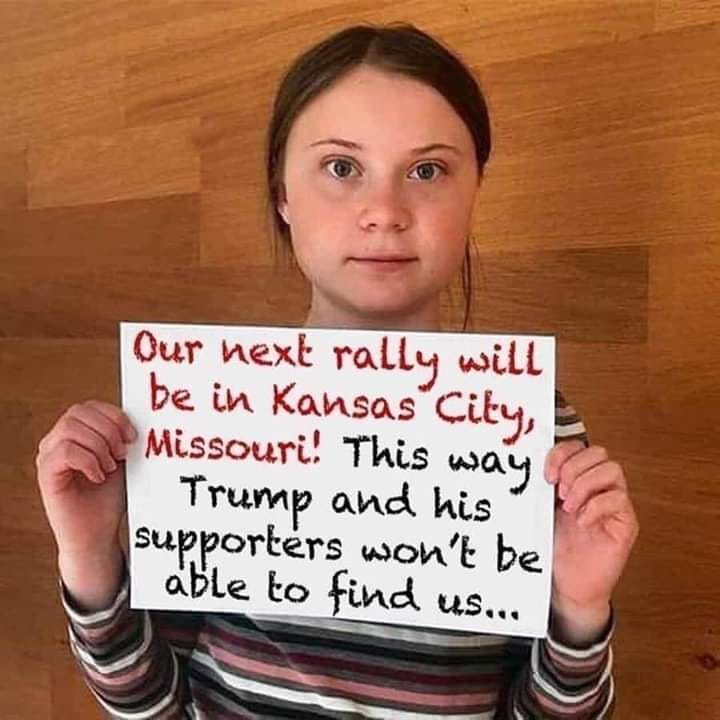 Seriously, you can drive across town and not know you've gone from one state to another. North side of town has the Missouri River as a boundary, south side it's a street.

Old, but checks out: 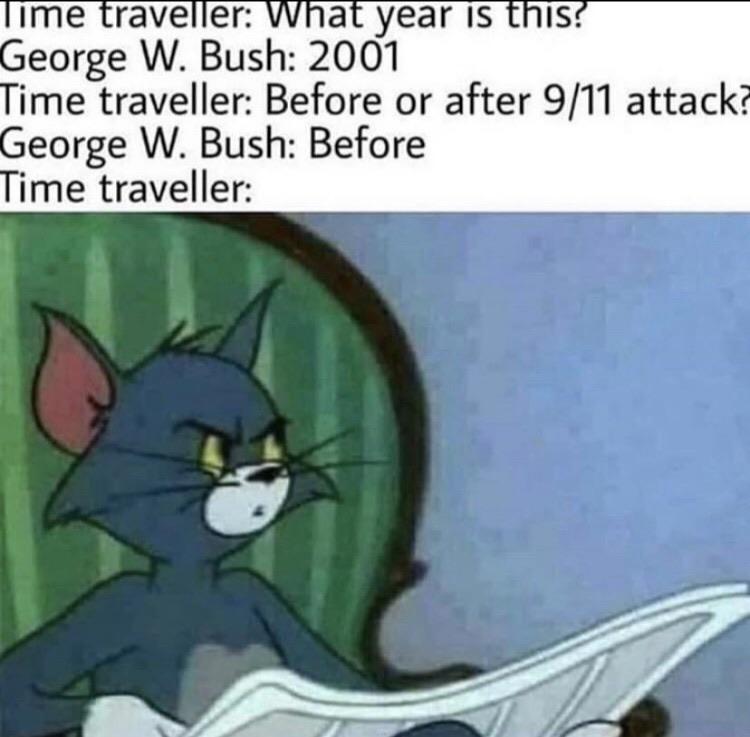 Well, even a dummy like Bush could figure out that 9/11 hadn't happened yet just from the question.

If someone asked me if the 8/19 attacks have happened yet the normal response would be no.

sixpackshaker said:
If someone asked me if the 8/19 attacks have happened yet the normal response would be no.
Click to expand...

WHAT ARE YOU PLANNING FOR 8/19, YOU MONSTER?

I'd stay inside that day if I were you.
Though I'm not sure if that'll be enough to save you from the Scampering nothing at all.

Well, 1 plus 9 equals 10, so that's "August 10", or Augustine. Augustine usually refers to Saint Augustine, also known as Augustine of Hippo. "Hippo" can also refer to the hippopotamus, a large herbivore native to Africa. It is usually considered a semi-aquatic or aquatic animal, as indicated by its Latin name, Hippopotamus amphibius. Amphibians are known for undergoing metamorphosis between their larval and adult stages. The Metamorphosis is a novel written by German author Franz Kafka, who is the namesake of the term "Kafkaesque", used to describe situations that are confusing and overly complex. A "complex" in chemistry refers to ions or molecules that are held together by chemical properties, instead of physical ones. These chemical bonds tend to be weaker than other bonds, such as covalent bonds. "Bond" is the name of James Bond, the fictional Agent 007 who is best known for his film series, but was actually a creation of the author Ian Fleming. In both the novels and the films Bond is known for ordering his martinis "shaken, not stirred". President Jed Bartlet in the West Wing once famously commented that "Shaken, not stirred, will get you cold water with a dash of gin and dry vermouth. The reason you stir it with a special spoon is so not to chip the ice. James is ordering a weak martini and being snooty about it." The word "snooty" comes from the word "snoot", and originally referred to a person's nose. In photography, however, a snoot means a tube that is fitted over a light so that the photographer can control the direction and magnitude of the light more easily. Light is made up of photons, which move at the speed of light, and General Relativity tells us that as an object approaches the speed of light, time slows down, to the point where (theoretically) a body that's actually moving at light speed would perceive time as having stopped entirely.

Staff member
I have no idea how to respond to that post. It was truly a shitpost of absolute beauty.

Dave said:
I have no idea how to respond to that post. It was truly a shitpost of absolute beauty.
Click to expand... 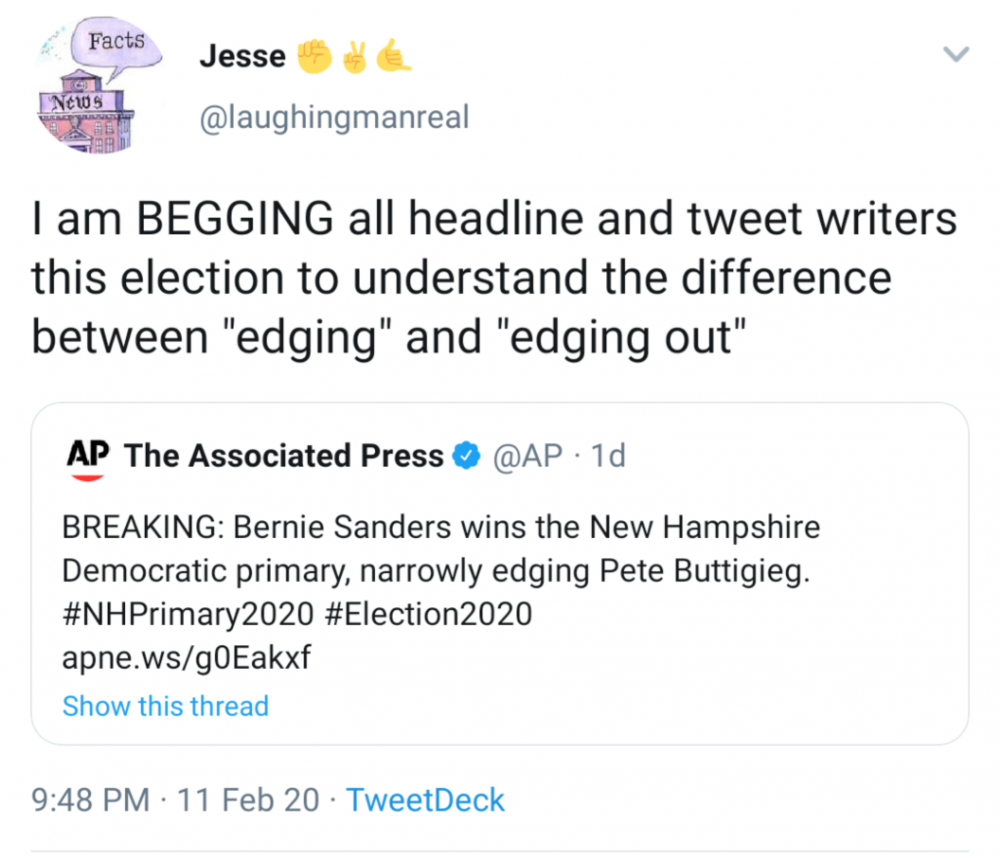