Because we keep forgetting to make a new one when the season actually starts.

I don't have anything to add right now except Saturday's going to be very interesting 'round here. Just sayin'.

Don't mean nothin' in January. Talk to me at the end of February.

jwhouk said:
Don't mean nothin' in January. Talk to me at the end of February.
Click to expand...

You're forgetting about the imperialism map...

I'm glad that the college basketball one is guaranteed to coalesce into one team.

I'm annoyed that the "gif" of the map is really just a set of .jpgs run through a javascript thingy that isn't compatible with the media plugin here. But that's on them, not us.

Wow WVU has got some diverse territory.

Helps when the refs just decide to hand you a game you don't deserve.
B

I’m not surprised or upset anymore when the refs just straight up take a game away from Michigan. I’m out of fucks to give.

So. Anyone want to do a Tournament Bracket game?

Staff member
I'd be down.

I'm in as well and even filled out my bracket already. Complete guesses.

Filled one out too. Didn't I win the last Halforums bracket?

I won the one before that, what's your point?

Just so we're clear that I won. In case, y'all forgot.

For the rest of you who just want to laugh at us as we bust brackets, the group link is here.

Got mine in. Its annoying copying it one by one from my other pool, but I refuse to do multiple brackets. Make your picks and then its ride or die.

I really don't know much about basketball, but I moved to the most basketball-crazy place. So, when in Rome.
B

My bracket is already doomed, I have the same final 4 as Obama

BErt said:
My bracket is already doomed, I have the same final 4 as Obama
Click to expand...

I also picked Duke, as did probably 98% of the brackets.

Guilty as charged.
B 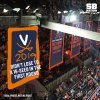 I got 14 of my Sweet 16 still in it. Only blew Nevada and Mississippi State. With the latter, I think I let my dislike for their first round opponent get the better of me.
B

I know Dawkins missed a dunk that could have sealed the game, and they *still* had a chance to win at the end, but what a trash end of game performance by the refs in the Duke/UCF game. Zion barrels over a dude, then leans into Tacko Fall to get him called and foul out. then Barrett shoves the guy on him for the missed FT rebound. And the announcers with the "Look at the courage by Zion!" on that drive. yeah wow such brave, very courage. To know that you'll get treated like a superstar from Duke with under a minute left in a game. Fuck Dook.

Well, at least my Final Four is still intact. And I got seven of my Elite Eight still around.

My bracket got killed in round one. From hero to zero. C'est la march madness.
B

Just an absolutely incredible game between Purdue and Tennessee. I dont even care that it blew up my bracket.

Well, my bracket is done. Thanks, Gonzaga.

On the minus side, my bracket's shot with only one of my Final Four making it, and my National Champion pick gone.

On the plus side, I called enough of the Elite Eight so I've clinched the win in the HF Tourney Challenge.

Congrats jwhouk!
I think my bracket is the worst one i've ever done. My wife's work did a Sweet 16 bracket and she had me do it for her. I tried to warn her. I made some different picks from the HF one and I still managed to bungle that one too.
You must log in or register to reply here.
Share:
Reddit Pinterest Tumblr WhatsApp Email Link
Top