GasBandit said:
Premise: What if you Isekai'd a pro wrestler (who is a closeted furry)?
Click to expand...

This seems, as reddit likes to say, "suspiciously specific."
Who's going to be Isekai'd next? A woman who is a big fan of Danny Kaye's The Court Jester and who secretly enjoys autoerotic asphyxiation?

im working my way through the new dub of sailor moon, currently about halfway through season 3 (S/Super) and I had forgotten how stupid strong this season was as a whole.

The season has some real "winners"...

Hatena Illusion. From the (late) author of Maerchen Maedchen. This explains everything. Right down to the production issues.

A3. The "antagonist" could have saved us all 12 weeks of meh if he'd just said "No." the *first* time someone screamed "WAIT!!", and just torn the fucking theater down. The show is collapsing under the weight of all the cliches.

Plunderer. The MC thinks the number on her inner thigh is the amount of KMs she's Walked The Earth trying to find The Ace. It's more likely the number of times a guy has tried to pry her legs apart. Rapey and gross. Additionally, for someone who has searched for The Ace for FIVE YEARS, the girl is amazingly still ignorant about how the world works. 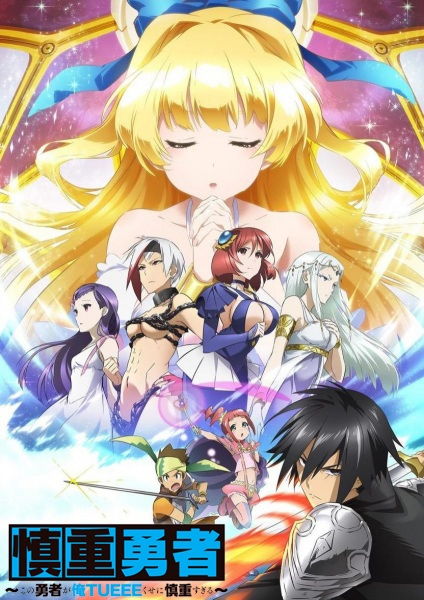 Fanservice: Quite a bit

Premise: See the title? That.

The past year has had a number of deconstructive shows that have turned their genres on their heads, and this is another one. The setup for this show is that Isekai is an actual cosmic industry, where a war between heaven and demons is happening on multiple worlds at all times, and the gods must constantly abduct heroes from our world to fight the various demon lords threatening to take over other worlds. The not-too-competent goddess Ristarte is picking a hero from candidates to go to an extremely difficult world, and finds one character sheet with ridiculously high stats, with a caveat at the bottom: "Personality: Impossibly Cautious." Thinking that hey, an overabundance of caution can be a good thing when the stakes and difficulty is so high, she summons Seiya....

... who then refuses to leave his room until he's gone up 20 levels solely by doing strength training exercises. Seiya is abrasive, rude, has no filter, and so "cautious" you might as well call it paranoid. He sees poison in every cup, a trap in every stepping stone, and betrayal in the eyes of every ally. He won't leave a town until he has purchased every single healing item from every vendor, "just in case." He uses ultimate-tier annihilation attacks on low level enemies, and then repeats those attacks on the dead monster corpses, "just to be sure." If his HP or MP drops below 99%, he immediately retreats to recover.

It's mostly a gag anime, with lots of lewd jokes thrown in for comedy relief. The running gag starts to get a little stale halfway through the season, but the last two episodes come close to redeeming it with some revelations of tragic backstory.

All in all, I'd give it a 2.5/5. Worth a watch if you've run out of other things to watch. It's not bad, but I wouldn't call it required viewing either.

It's a Kadokawa joint, too, so I guess we can look forward to seeing Seiya and Rista (along with Animal Mask and crew from Kemono Michi:Rise Up) in future seasons of Isekai Quartet, right? 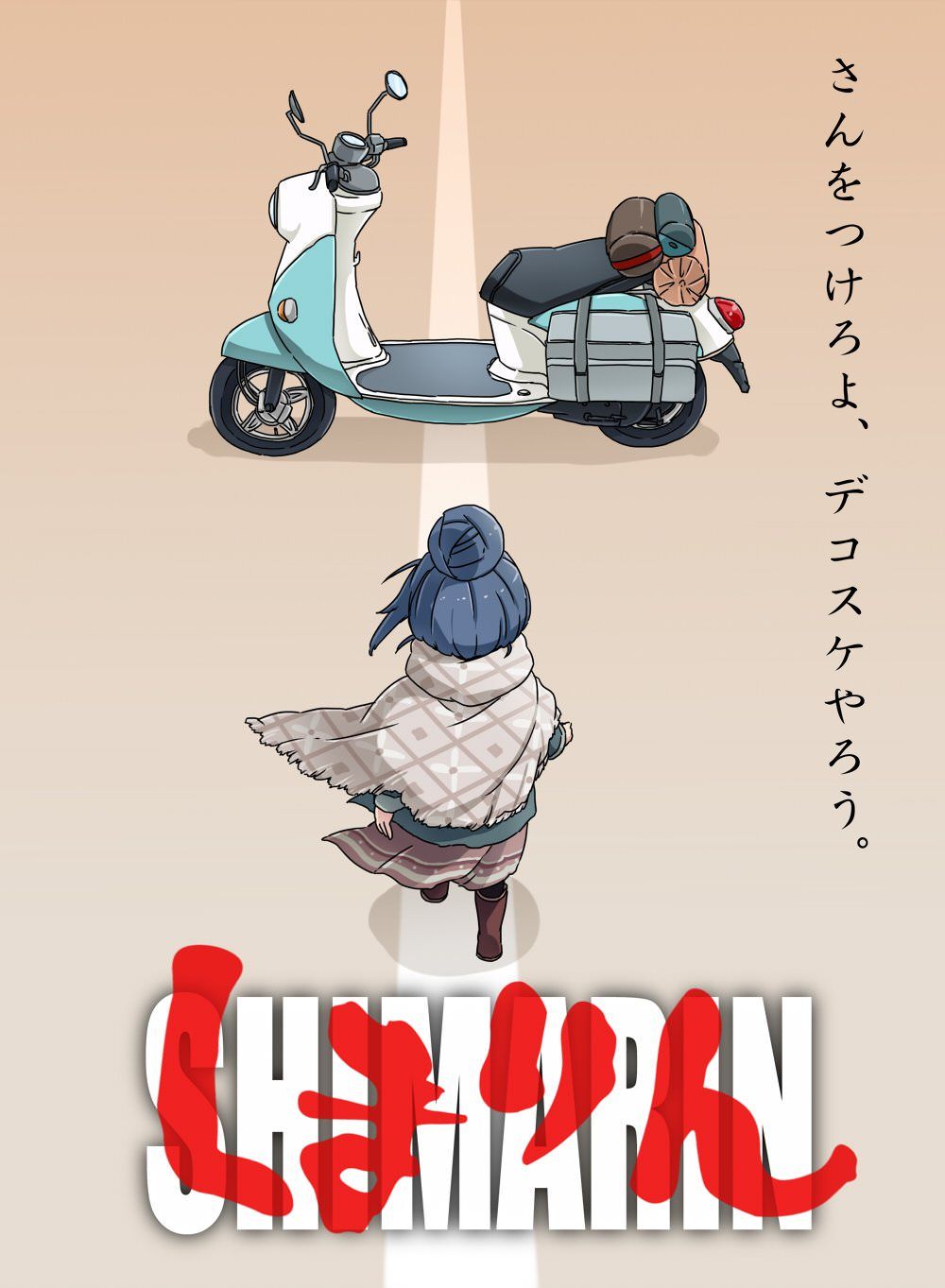 and it was overlooked for a dub, i wept. 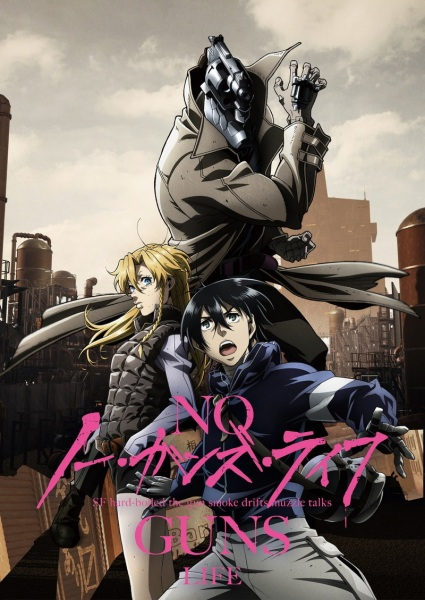 Fanservice: Quite a few stripperiffic outfits on female characters

Premise: A dystopian future where people with cybernetic enhancements are called "Extended." Juzo Inoue is a "resolver," somewhere between a private eye and advocate (that reminds me a lot of Roger Smith's "Negotiator" career in Big O) with a name that I'm sure is a pun on "revolver" given that his most striking "extension" is that he has a giant snub nosed revolver where his head should be.

The story wends and weaves its way around a world of corruption, intrigue, violence, vice, and of course, crime. Juzo is, natrually, a hardass with a soft heart, and as such he can't help but stick his (snub) nose into situations that end up causing him headaches, and collecting a couple young sidekicks along the way - Mary, an extension engineer who fixes him up when he gets damaged, and Tetsuro - an escaped experimental subject with a one-of-a-kind extension that lets him remotely control the cybernetics of other extended.

It's interesting to watch, I like the slow burn of the plot, the hardbitten noir atmosphere, and the way things are developing. It's got Madhouse doing the anime adaptation as well, so it's also visually interesting.

Verdict: 4/5. Definitely one to watch.

GasBandit said:
he can't help but stick his (snub) nose into situations that end up causing him headaches
Click to expand...

I'm giving you a Like just for this sentence alone.

We watched the last two episodes of Carole and Tuesday, and my heart is appropriately crushed but in a good way.

Don't mind me. Just waiting on Gas to catch up to and review Interspecies Reviewers. It'll be worth it. 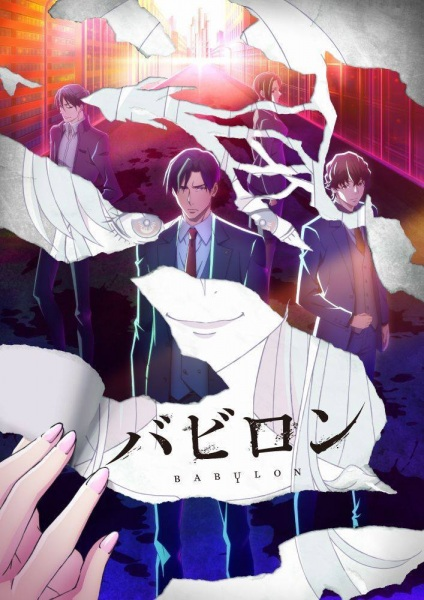 Fanservice: None really that I can remember, but this show isn't for kids for other reasons, among them...
Fan-disservice: Disturbing torture and death scene in episode 7 that is not for the faint of heart. Lots and lots of on-screen suicide. This is NOT a show to watch if you ever feel the call of that particular void.

Premise: A Japanese public prosecutor looking into fabricated pharmaceutical research uncovers a political conspiracy. The more he pulls on the thread, the more horrifying implications are found - from a woman with an apparently supernatural ability to coerce anyone she wants into committing suicide, to coming around to question the very basic ideas of what the definition of "good" and "evil" are.

Ok, so, do you guys remember Death Note? The first season (where it should have ended)? As in before it turned to shit? This is a lot like that. It's a crime investigation thriller with a supernatural bent, only told from the protagonist's limited viewpoint and we have no window into the antagonist's mind or actions other than by what Public Prosecutor Zen Sazaki himself sees and hears. It definitely makes the villain a more terrifying entity. Imagine if there was never any insight into how Kira's power worked in Death Note, and we didn't know his motivations (and weren't privy to his incessant inner monologues)... this series really drives home the mounting horror of the authorities trying to deal with an incomprehensible supernatural threat.

Spoilers for the ending (seriously, do not click if you have not watched the whole 12 episodes):

The ending is very divisive - people either love it or hate it. Overall, I consider it a flawed (but not awful) ending in that it doesn't give us closure about the geopolitical aftermath of the events, but it was still decent because it elicited an impassioned response from my upon viewing it. At first I hated it, but the more I got to thinking about it and reading what other people thought, I realized it was actually pretty smart. Zen kills the president to prevent him from committing suicide, thus stymieing the advancement of the suicide legalization movement. However, Zen himself is then forced to commit suicide by Ai Magase. At first this seems like a simple case of the writer wanting to make his viewers suffer a "bad end" but if you think about it, the "assassin" killing himself ostensibly to avoid punishment for his act will further turn public opinion away from suicide because it's a cop-out. So, by prompting her to cause him to kill himself, Zen deals one more blow to her apparent motivation - albeit in a very Pyrrhic manner.

That aside, as I said, it would have been better if the show had confirmed the aftereffects of the final climax to give the audience some closure, and the after-credits scene also is confusing and seems like a non-sequitur... Magase goes to find Zen's son? Why? What possible reason could she have? Petty revenge? Or something more convoluted and befitting the chessmaster she apparently is? And we'll probably never know, because said author is definitely really far up his own ass and is more interested in getting visceral reactions from his audience than providing them with satisfaction.
Verdict:
All in all, this is a really good anime that I have a hard time recommending. 4/5, but you don't feel good after you finish it.
Last edited: Jan 30, 2020

DarkAudit said:
Don't mind me. Just waiting on Gas to catch up to and review Interspecies Reviewers. It'll be worth it.

Watched the english dub of episode 1. Censored, unfortunately, but that's ok. The voice acting and localization is pretty good.

I just realized you rated Babylon 8/10 instead of your usual ?/5 and now your rating system is ruined.

Dei said:
I just realized you rated Babylon 8/10 instead of your usual ?/5 and now your rating system is ruined.
Click to expand...

As the mother of two, I refuse to believe you can't work simple fractional reductions

I haven't heard anything to suggest Hatena Illusion is anywhere the train wrecks Maerchen Maedchen or ImoImo were, but it's looking like it's getting close.

I assumed that already was from a meme template.

PatrThom said:
I assumed that already was from a meme template.

Hello Funimation User,
Thank you for contacting Funimation Support. We appreciate your business.
After careful consideration, the series was removed from the service as it falls outside of our standards. We have the utmost respect for our creators so rather than substantially alter the content, we felt taking it down was the most respectful choice.
Please let us know if you have any other questions or concerns.
Click to expand...

They were already running the "Censored for Japanese Television" version. So if even *that* was too lewd for them...

So chances of a full season's dubs has probably vanished. Hopefully overseas services will still carry English subs, so we don't have to rely on fansubs from here on out.

GasBandit said:
As the mother of two,...
Click to expand...

When did you become the mother of two?

Emrys said:
When did you become the mother of two?
Click to expand...

Man, we need to get the reactions fixed so I can once again point out the doing of the thing

GasBandit said:
Man, we need to get the reactions fixed so I can once again point out the doing of the thing

I have no idea what you're talking about.

GasBandit said:
Man, we need to get the reactions fixed so I can once again point out the doing of the thing

So you're saying the more we do the thing, the faster reactions get fixed? Good to know.

Smile Down the Runway is about modeling and fashion design, but right now it is pretty much "Sewing, the Anime," and I am here for it.

I am so emotionally invested in Chihayafuru S3 right now that it's hard for me to pay attention to any other anime. It's not that they aren't good, I just can't reach the same level of investment.
You must log in or register to reply here.
Share:
Reddit Pinterest Tumblr WhatsApp Email Link
Top