Fortunately no one else was about when I turned the sound on.
Click to expand...
Whups, my bad. 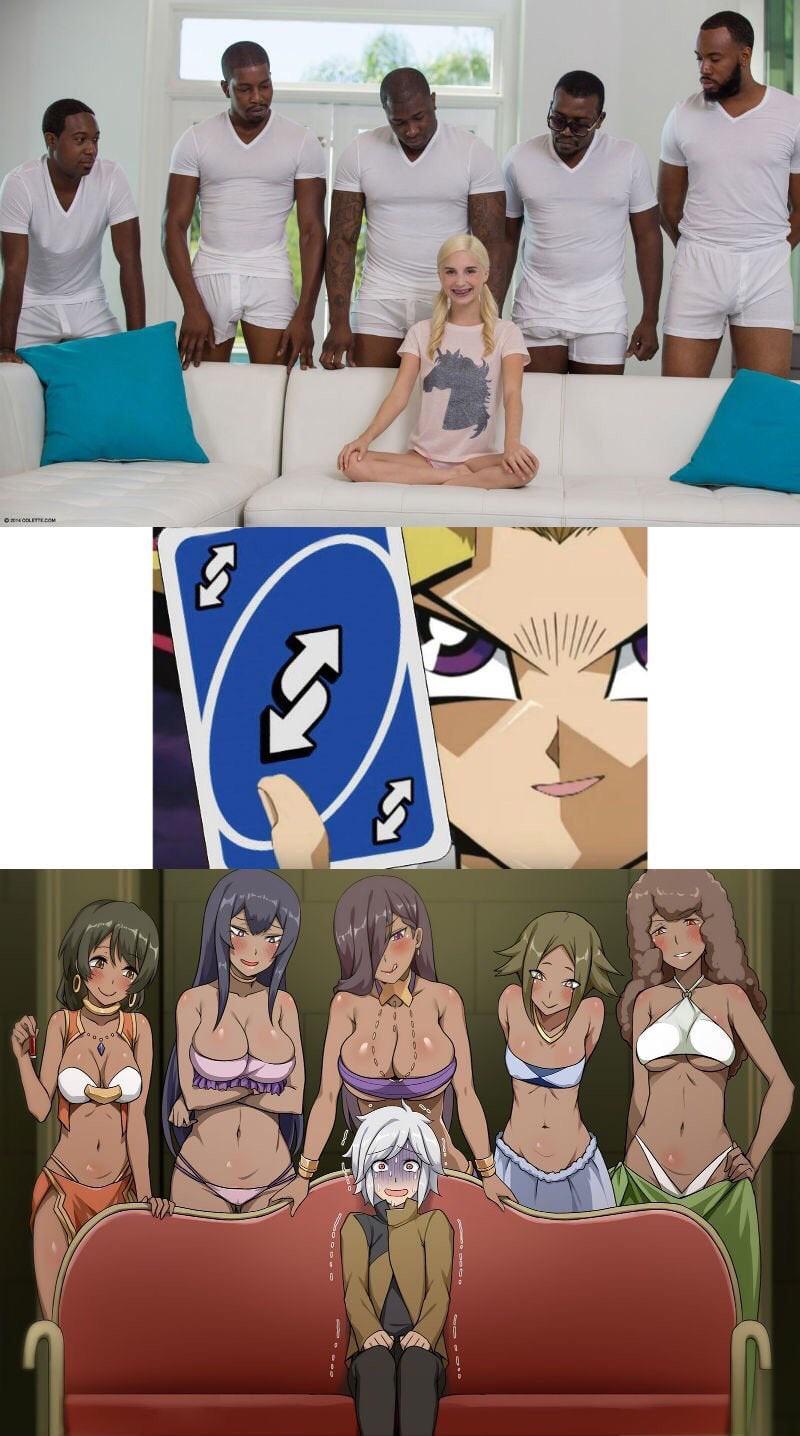 Click to expand...
Really? At our library, it was this one.

Genre: High School, Drama, Romance, Mystery
Fanservice: Not unless you're a furry? Animals are fully anthromorphised, but still have things like tails.
Premise: Zootopia, but it's a murder mystery set at a high school. Also a high emphasis on romance.

In a world full of animals, carnivores and herbivores are at odds and carnivores face discrimination, both socially and governmentally (Carnivores have to take drugs that reduce strength and aggression). The story starts with Tem (a llama in the Drama Club) being slaughtered and eaten by an unknown carnivore student. This ignites a wave of racism throughout the school, hurting the lives of many. Main character Legosi (Gray Wolf) was friends with Tem and worked alongside him in the Drama Club, leading some to suspect him and the other Drama Club predators of the act. Meanwhile, bunny girl Haru (dwarf rabbit?) faces constant shit from the other girls at school and ends up staying at school late on the same night that Legosi is playing lookout for the ace drama club student and Tem's replacement. What will happened between Legosi and Haru and who is responsible for Tem's murder?

I've been reading the manga, but a 3D animated show (funded by Netflix) has just started up and it's pretty beautiful for 3D animation out of Japan. Expect an English release from Netflix at some point.
Last edited: Oct 20, 2019

Staff member
#3,581
Reactions
366 91 4
The most unbelievable part of Log Horizon isn't that they ended up in a real version of the game world. It's that only one female character was being played by a dude.

#3,582
Reactions
136 11 0
fade said:
The most unbelievable part of Log Horizon isn't that they ended up in a real version of the game world. It's that only one female character was being played by a dude.
Click to expand...
Wait till Season 2 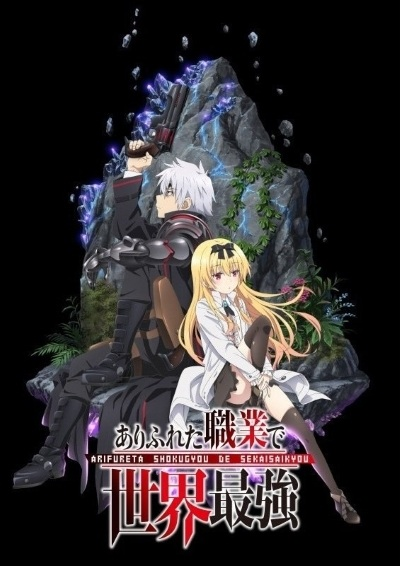 A class of Japanese kids is, surprise surprise, transported to a fantasy world to become heroes to fight monsters. Hajime Nagumo was always one of the more timid kids in class, and his new character class isn't anything special - he's an artificer that can transmute materials. Sort of like a "fullmetal alchemist" but lacking Edward Elric's horsepower. So, most of his role in the group is support: Creating items, or fabricating cover for people to hide behind.

One day when the kids go particularly deep into the labyrinthine dungeon, Hajime is struck by an errant blast of magic fired by one of his classmates, knocking him off a bridge over a yawning abyss. He somehow survives the immeasurable fall, but has no hope of rescue. Transmuting healing potion may close his wounds, but to eat, he has to resort to eating the corpses of monsters. He notices as he does so that, after the initial nausea (and sometimes poison), he feels stronger. He begins to eat more monsters, and his powers continue to grow, until he is able to transmute more complicated things like firearms, prosthetics, explosives, and complex machinery.

Not long after, he discovers a girl chained up naked to a wall in a locked room. It turns out she's a vampire that has been sealed there for countless years. The two hit it off, and begin traveling together to find a way out of the labyrinth - and back home to earth.

All the while eating monsters, Hajime grows ever stronger, but his humanity shrivels more and more - mercy, warmth, and kindness start fading away from him. By the time he finds a way home, will he just be a monster that looks like a man?

It's not a bad show, really, but it takes itself WAY too seriously and introduces a scrappy-doo bunny girl halfway through that nearly got me to stop watching altogether. It does have an interesting premise and a (mostly) compelling anti-hero, and the plot is well-paced, but a lot of the fanservice feels forced (and a little squicky) and sometimes the suspension of disbelief is shattered entirely, like when


Hajime literally sodomizes a dragon into submission with a giant metal spike, and then adds her to his growing harem
But, problematic as it may be, I'll probably watch the next season, if it gets one. I'd rather be watching Shield Hero, though. 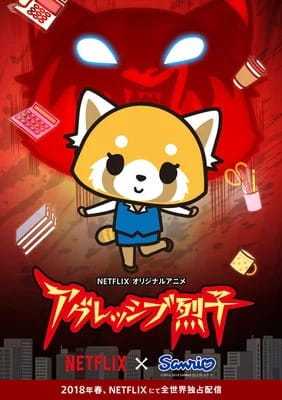 Premise: Retsuko is a timid office worker who hates her job (and especially her boss). Unbeknownst to her coworkers, off-the-clock she goes to a karaoke parlor and belts out insane death-metal-growl songs to ease the stress she builds up over the course of the day. Watch her struggles, they are amusing. Good story, great voice acting, well done english localization, humorous irony in the whole cutesy-vs-death-metal thing.

#3,588
Reactions
2,877 827 25
GasBandit said:
that Secretary bird is unreasonably attractive.
Click to expand...
Well they do have those unreasonably sexy eyelashes.

#3,594
Reactions
2,145 450 6
I find Ascendance of a Bookworm annoying because I think the main character is obnoxious, but I'm still watching it because my husband and daughter are.

They did the thing. They animated it. Best anime 2019 just for this.

Staff member
#3,596
Reactions
7,759 1,661 33
Uuugh the kaidubs release of Jojo: Golden Wind is using a stupid numbering scheme that makes Sonarr fail to recognize that it's part of season 5, not season 1. So I'm going to have to manually download and renumber the new episode each week like some kind of neanderthal.

#3,599
Reactions
303 165 2
so isekai quartet is getting a physical release, all the collectors have been groaning all day as konasuba is still a no show for the home video market. and all i can think of is gas extolling piracy streaming.

Staff member
#3,600
Reactions
7,759 1,661 33
Bones said:
so isekai quartet is getting a physical release, all the collectors have been groaning all day as konasuba is still a no show for the home video market. and all i can think of is gas extolling piracy streaming.
Click to expand...
Well, I mean, Konosuba IS on crunchyroll, even the english version.

Also but yeah I still pirated it even though I watched it on crunchyroll first. Who knows when Kadokawa's gonna get Funimation-Disney-itis and decide to launch its own competing streaming service and take all its IP with it to hide behind another paywall that I won't play ball with.

Also but yeah I still pirated it even though I watched it on crunchyroll first. Who knows when Kadokawa's gonna get Funimation-Disney-itis and decide to launch its own competing streaming service and take all its IP with it to hide behind another paywall that I won't play ball with.
Click to expand...
oh fuck or become like aniplex is threatening to do....

I'm sure we've all noticed how anime titles have started being less "Dr Strangelove" and more "How I learned to stop worrying and love the bomb" in the last few years.

So here's documentation of when that started happening, and some guessing as to why.

Kadokawa is mostly to blame. They started doing it because they didn't think people were bothering to read the "blurbs" on the back of their novels, so they started making the titles the blurbs in the hope of snagging more readers. And because moonpeople, it worked, to a degree. So then the rest of the industry started following suit, and it naturally boiled over into anime as the adaptations started coming out.
You must log in or register to reply here.
Share: Reddit Pinterest Tumblr WhatsApp Email Link
Top