#321
Reactions
1,649 444 3
PatrThom said:
It's a bit jarring to hear Jackie Chan's voice where I'm used to hearing Paul Dobson's.
Click to expand...
It's about time they stop white-washing these Lego characters! I mean, yellow-washing! I mean...wait...ummm...


Ship in a Bottle, The Flagship Leviathan


Voltron - Defender of the Universe 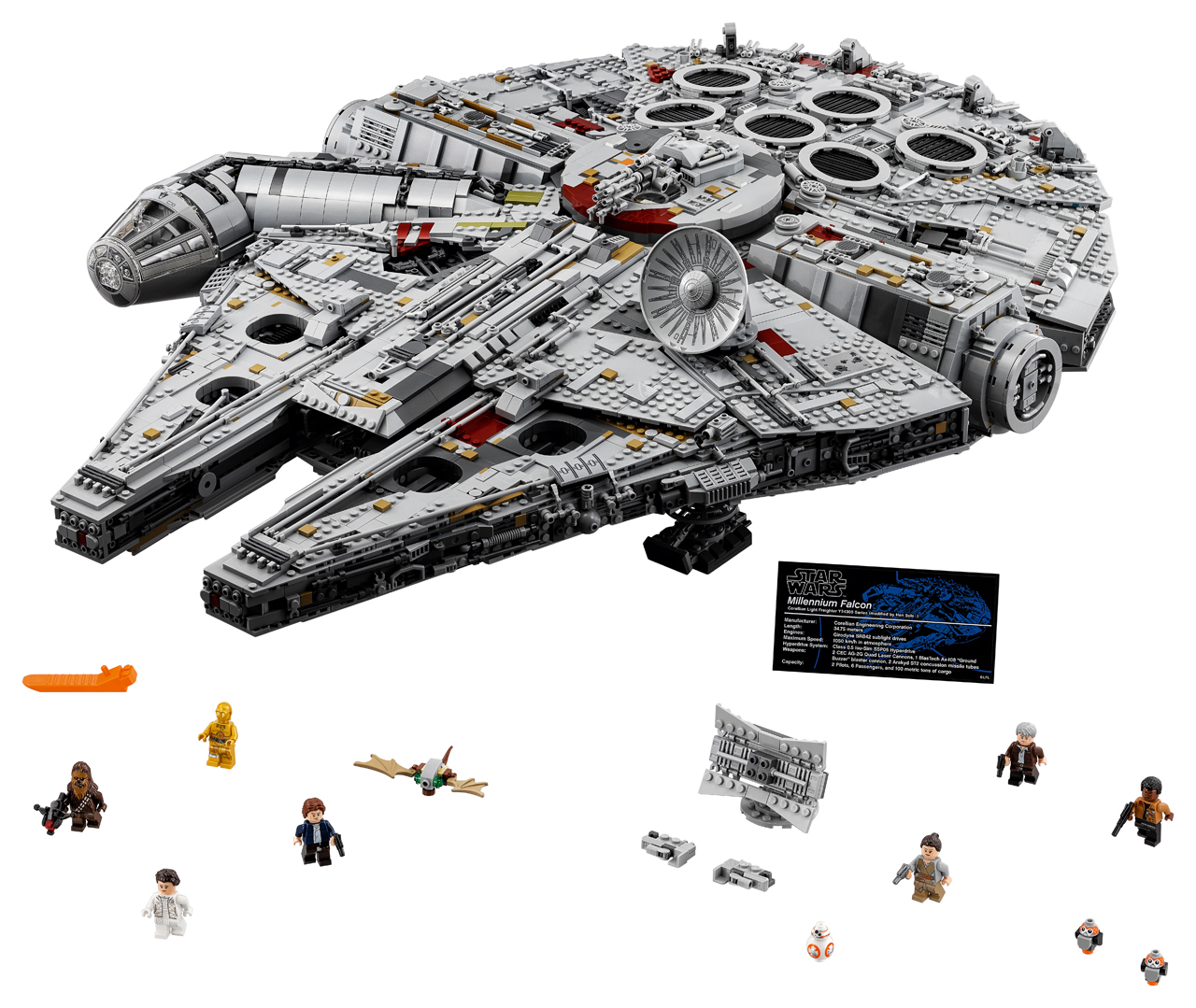 7541 pieces.
US $799.99, CA $899.99, DE €799.99, UK £649.99, DKK 6999.00
Available from the 1st of October with VIP early access from the 14th of September.
Welcome to the largest, most detailed LEGO Star Wars Millennium Falcon model we’ve ever created - in fact, with over 7,500 pieces it is the biggest LEGO model ever sold! This amazing LEGO interpretation of Han Solo’s unforgettable Corellian freighter has all the details that Star Wars fans of any age could wish for, including intricate exterior detailing, upper and lower quad laser cannons, landing legs, lowering boarding ramp and a 4-minifigure cockpit with detachable canopy. Remove individual hull plates to reveal the highly detailed main hold, rear compartment and gunnery station. This amazing model also features interchangeable sensor dishes and crew, so you decide whether to play out classic LEGO Star Wars adventures with Han, Leia, Chewbacca and C-3PO, or enter the world of Episode VII and VIII with older Han, Rey, Finn and BB-8!

Build, play and learn from inspiring women of NASA!
We're incredibly excited to finally show off the first official images of the inspiring LEGO Ideas 21312 Women of NASA set designed by LEGO Ideas member Maia Weinstock (a.k.a. 20tauri) from the USA.
The Women of NASA set will officially be landing on store shelves from the 1st of November, 2017 for a recommended retail price of USD/Euro 24.99.
However, if you're in New York City you can already get your hands on the set on the 28th of October, 2017 as Maia will be visiting the Flatiron District LEGO store to meet and greet fans and sign sets. More details below

Here is the official description:

Follow in the footsteps of 4 pioneering women of NASA (National Aeronautics and Space Administration—America’s space agency) with this fun and inspiring LEGO® set. Build the Hubble Space Telescope and learn astronomy with the ‘Mother of Hubble’ Nancy Grace Roman. Develop the software for space missions with computer scientist Margaret Hamilton. And launch the space shuttle with Sally Ride, the first American woman to fly in space, and Mae Jemison, the world’s first woman of color in space. Build, play, learn and one day you too could become a science, technology, engineering or mathematics superstar!

A personal tribute to pioneers

Science editor and writer Maia Weinstock combined three of her personal passions in designing the Women of NASA set for LEGO® Ideas: space exploration, the history of women in science and engineering, and LEGO building.
“I thought people might like to build their own display featuring minifigures of accomplished women in the STEM [Science, Technology, Engineering and Mathematics] professions. For the vignettes, I wanted to contextualize each person in terms of her contribution to NASA history.”
“I was absolutely elated when the project reached 10,000 supporters! The set clearly touched and inspired many, as it reached 10,000 supporters in just 15 days. The night on which it appeared we’d reach 10K, I stayed up until 4:30 or 5 in the morning so that I could watch the 10,000th vote come in. I didn’t get much sleep that day, but it was thrilling!”
LEGO® Designers Gemma Anderson and Marie Sertillanges were thrilled to help refine Maia’s model into an official LEGO set.
“I was extremely excited about working on this one, especially as I had already heard of it and really wanted it to become a set,” says Gemma. “My focus was on ensuring that the model had stability, the colors were aligned and the subjects were accurately portrayed, all while staying respectful to the design of the original model.”
For Marie, “The main challenge in designing the minifigures and the decorations was that I could not make anything up. Every detail was important and needed to match reality, since they represent real-life women. It was beautiful to hear some of the stories behind the scenes, like how Sally’s name tag was changed from ‘Sally Ride’ to just ‘Sally’ at her own request.”

To celebrate the upcoming release of the Women of NASA set we're happy to have Maia Weinstock join us at the Flatiron District LEGO Store in New York City to meet and greet fans, while signing the Women of NASA LEGO set at this exclusive pre-release event.
Date: 28th October, 2017 from 10am - 2pm
Location: LEGO Store, 200 5th Avenue, Flatiron District, New York City. 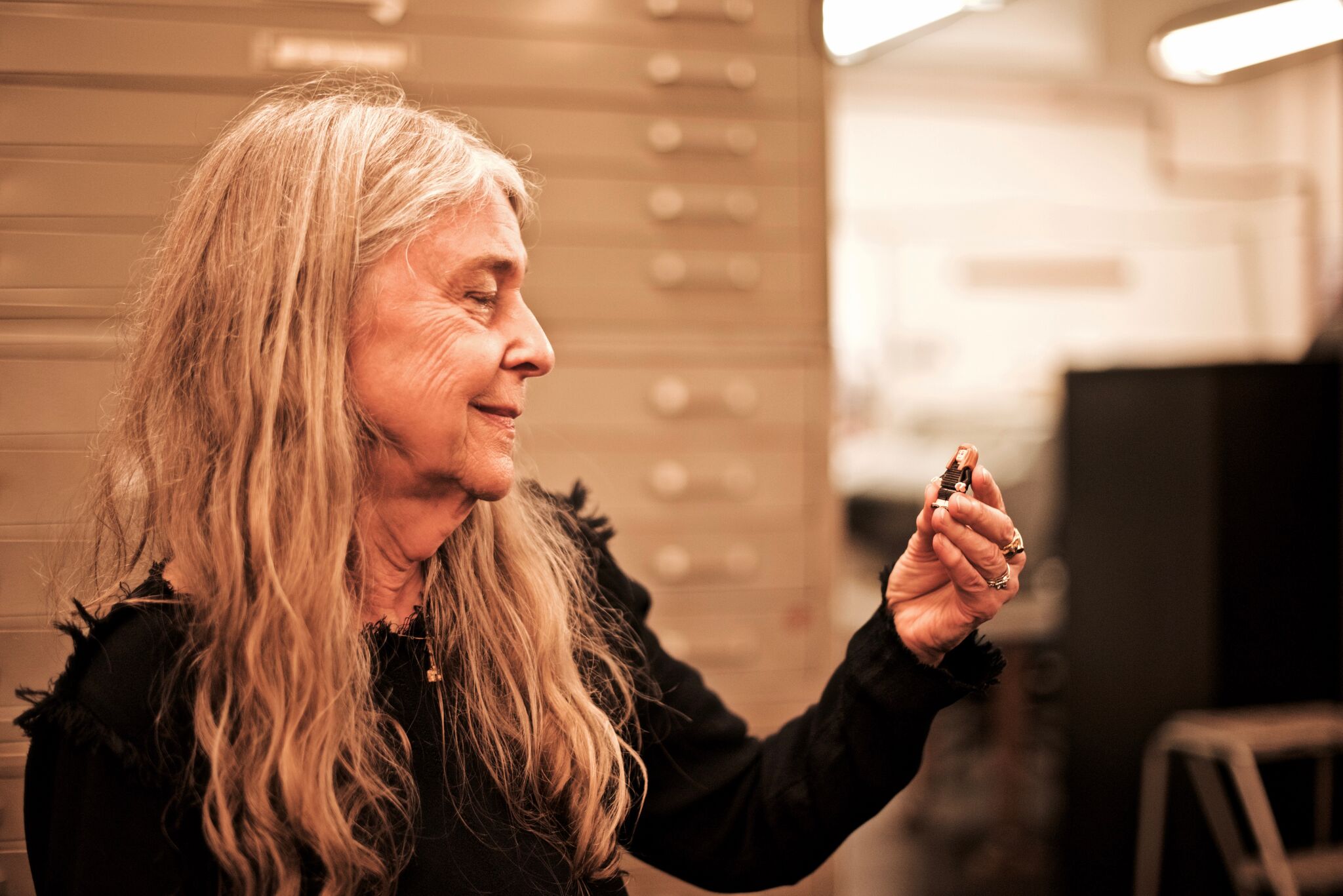 #332
Reactions
1,649 444 3
Very much enjoying Lego Marvel Superheroes 2, and so is Li'l Z. I just unlocked this super lady, and I didn't even know she was a playable character! 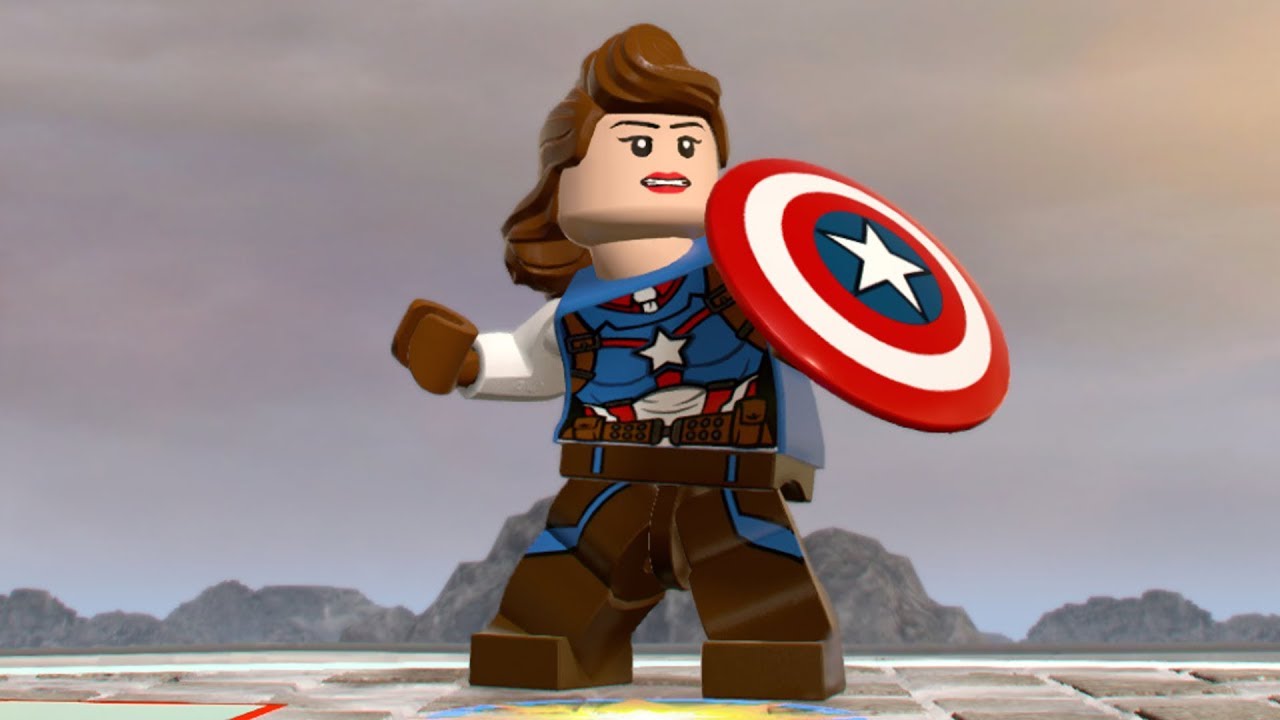 Hey, Lego, can I get this as a real minifig? Pretty please?

--Patrick
Click to expand...
Possibly, but that might end up being more expensive than buying the minifig in the long run.

#335
Reactions
504 140 7
Celt Z said:
Possibly, but that might end up being more expensive than buying the minifig in the long run.
Click to expand...
Shoulda bribed tress to assign you to someone with a 3D printer...

#337
Reactions
1,214 128 0
Celt Z said:
Possibly, but that might end up being more expensive than buying the minifig in the long run.
Click to expand...
We'll just have to go with the most obvious backup plan.

Convince Marvel to do a 'What if' movie featuring the character so we can then get a Lego set based on it.

Convince Marvel to do a 'What if' movie featuring the character so we can then get a Lego set based on it.

Click to expand...
You know, they already do something like this with Lego Batman minifigs. I think they're already on wave 3 or 4? They have the rights to Marvel. They'd make a killing if they did a similar series. 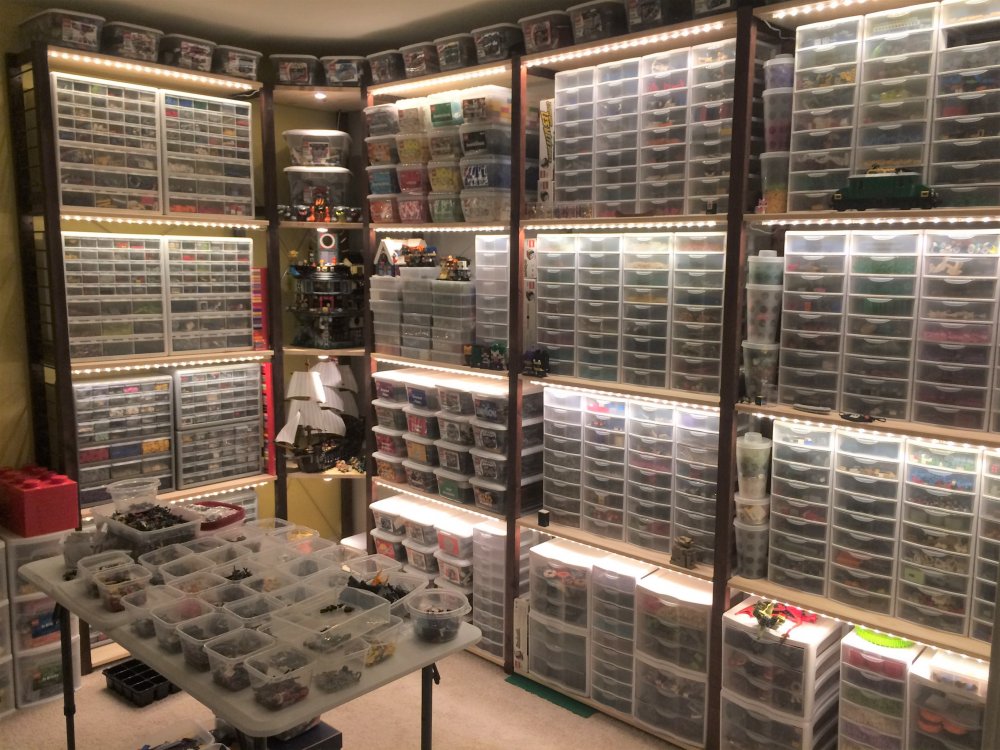 This is supposedly a shot of "The Lego room" just before the person involved had to pack up and move.

I'm guessing his name is Zack.

60 years ago today, the patent for the Lego brick was filed in Denmark: 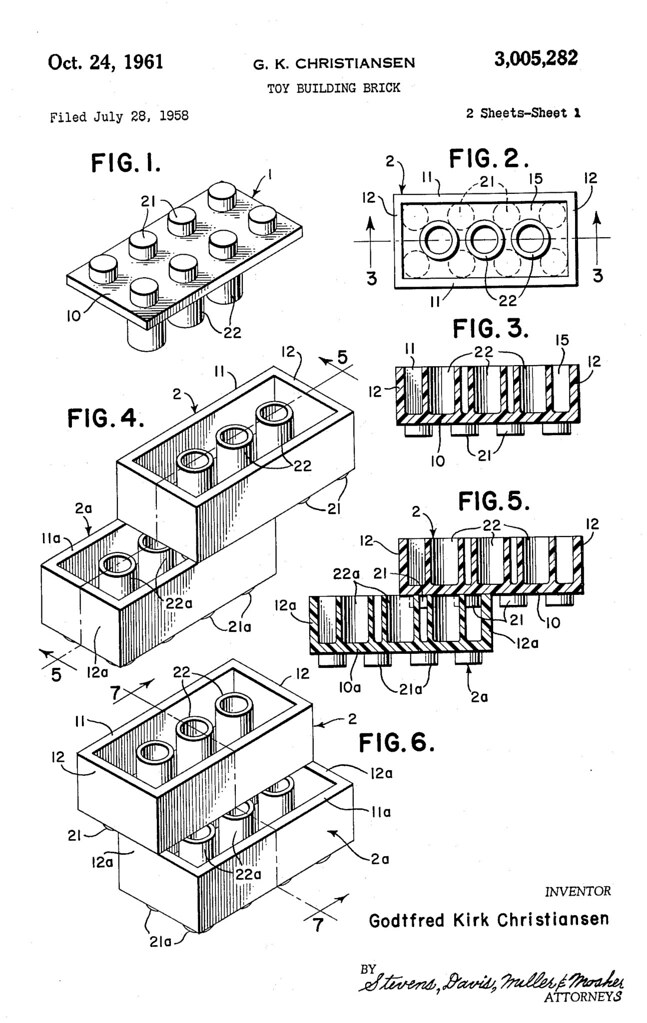 #343
My brother is way into lego; he said something about a “brickfolio” worth $30K? Does that mean anything?

Anyway, i never wanted to really get into it because i have enough expensive hobbies already. But im staying with him currently and i got to put together the Ferrari F40 set last night. And maaaaan, that was a fun build. I just may have to get a few more. 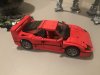 Anyway, i never wanted to really get into it because i have enough expensive hobbies already. But im staying with him currently and i got to put together the Ferrari F40 set last night. And maaaaan, that was a fun build. I just may have to get a few more.
View attachment 26686
Click to expand...
Li'l Z has been obsessed with the Speed Champions series, which is the tiny versions of these. He keeps eyeballing the bigger kits like this one, the VW Bug, the Mini Coop and I think there's a Mustang? I just look at the price tags and tell him as soon as he has his own income, he can get them. The chimera I designed for our new LEGO show. I cannot express how much of a labor of love this was. It took over 100 hours just to design, let alone build and is one of the largest and most complex sculptures I’ve done.

Source
Click to expand...
First off, that is goregeous and I love it. Second, one of the softball teams I used to play for was the Chimera, so I extra love it!