Bumping this thread with a reminder from your friends at WLW that in spite of tonight...

Cleveland is the reverse Pittsburgh for sports . I might be the only NBA fan on this forum but I hope some of you watched last nights game because it was one of the best I've ever seen. Two great teams just going at each other for 48 minutes. 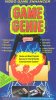 Not worth starting a new thread 'cause everyone not Cleveland or Golden State is fucked...

How the heck the NBA manages to maintain its popularity despite only two (maybe three) teams realistically having any shot at a title is beyond me.

The NBA is the most entertaining sports league in the world. Don't @ me.

jwhouk said:
You haven't had a dog in the fight since the 70's. Hush.
Click to expand...

That might be a large part in why. Though I am currently wearing my Big Baller Brand shirt, so I do have some interest.

blotsfan said:
The NBA is the most entertaining sports league in the world. Don't @ me.
Click to expand...

Don't think the NBA is on UK tv so genuine question here. What is it you find so entertaining? Is it just that you find basketball the most spectator friendly sport or is there something particularly special about the current season?

Its boon is also its bane: of any team sport, one player in basketball can, essentially, turn a game around and make a difference.

The problem is that roster sizes in the NBA (roughly 12, at last count?) means that there are only 360 "NBA-caliber" players in the world. And, of those, only maybe 10 are All-World.

The problem is, half of those players are concentrated on two to three teams at the present time (Golden State, Cleveland, Houston/Boston and/or San Antonio - depending on who you believe the third team may be). And, those five teams basically have eight-to-nine of the All-World players.

The problem is, even with a salary cap, there is no way to prevent the 10 best-of-the-best from colluding to play on the same team. This essentially throws the NBA's competitive balance out the window.

There has been some suggestion that perhaps the NBA should consider a single-elimination tournament for teams below the division champions, then have the tournament winner slotted in the best-of-seven conference semis. Of course, that'll happen on the twelfth of never, but it might bring a bit more interest to teams that are so drastically out of it by April into hoping for one hot streak.

mikerc said:
Don't think the NBA is on UK tv so genuine question here. What is it you find so entertaining? Is it just that you find basketball the most spectator friendly sport or is there something particularly special about the current season?
Click to expand...

Its players are more fun. There are much more storylines going on around the teams. I feel like the game keeps getting better and better while hockey and football have to make (much-needed) changes to make it safe. The league is talented and the players are doing simply incredible things. There is always some kind of craziness going on. Even if you know where its gonna end up, its the destination, not the journey.


jwhouk said:
The problem is, even with a salary cap, there is no way to prevent the 10 best-of-the-best from colluding to play on the same team. This essentially throws the NBA's competitive balance out the window.
Click to expand...

The NBA would be best served by eliminating the max contract and going to a hard cap. KD can give up 5 million to play for the Warriors, but its harder to give up 20 million per year.

I hate to say it, but basketball is more for physical freaks than any other sport out there. If you're 5'4" like myself, you can basically forget about being a basketball player.

I'd rather have NCAA hoops.

jwhouk said:
I'd rather have NCAA hoops.
Click to expand...

I will never understand this take. I watch and root for Mizzou, but 95% of college basketball is players standing around and hurling a bad shot.

I'm to close to the heart of ACC Basketball to get very interested in the NBA. Granted I'm not a big Basketball guy period (I blame NC State, and not how absolutely terrible I am at basketball), but I prefer the version of the game with more passing and defense.

Covar said:
but I prefer the version of the game with more passing and defense.
Click to expand...

This honestly sounds like you haven't watched the NBA since the mid-2000s. If you don't like it, then fine, but there is so much passing and spacing the floor now.

Good to know. Maybe I'll checkin on the Hornets at some point and see what they're up to.

Just once I wished I could watch an important NBA game without feeling the refs were bought off.

But there were several fouls not called on those missed 3s.

JR Smith is such a dumb motherfucker.
B

It's honestly just not fair.

LeBron to the Lakers.

The worst part about this is now you'll never be able to shut LaVar Ball up.

Anywhom it'll be interesting to see what the lakers do with all their young players now.

I still see either Golden State or Houston trampling the Lakers in the immediate future. We’ll see if anyone else remarkable gets added to support LeBron... but it’s not like there wasn’t talent around him in Cleveland too.

But if the lakers get Kawhi and he's healthy...Kawhi is a top 5 player in the league.

I do kinda wish the original thread title could be altered, though.

The Basketball Gods demand a sacrifice...

blotsfan said:
But if the lakers get Kawhi and he's healthy...Kawhi is a top 5 player in the league.
Click to expand...

Hey. Here's props to Blots for calling this a year in advance.

While I am definitely a genius, that wasn't a particularly hot take. He was 3rd in MVP voting the year before his injury (and shouldve won it IMO).
You must log in or register to reply here.
Share:
Reddit Pinterest Tumblr WhatsApp Email Link
Top