Gonna have a contest this week.

Staff member
#1
Reactions
2,637 1,231 23
Okay, we have a number of prizes that we can give out. Some are going to be good and some are going to be only so-so. The contest will determine who gets prizes and in what order these prizes are given out...but not what the prize is.

The person who gets the last place (which may be as many as 7 people!) gets to choose from the list. Then #6 can either take that gift or choose a new unknown item from the list. And so on until all gifts have been seen. It's going to be brutal and bloody and fun!

I don't know what the contest is going to be quite yet as I don't know precisely how many prizes I have to give. The gift exchange will be done using the chat client so that everyone can see what's going on. The exchange will probably take a bit of time so we'll have to schedule it.

Click to expand...
Um, Hylian, Dave said that it's going to be a gift exchange...

edit: Evilmike you fucker! I didn't even see the other text! Ya got me.

Please note that the prizes are broken down as follows: 1 PS3 game, 1 PC game from a web site and 5 Steam games.
Monday's Acronym:
DKCORS
Category - What happened last weekend.
And.....GO!

#17
Can it be a Dromund Kaas Centric Old Republic Story?

Sent from my iPhone using Tapatalk

Yeah, crazy weekend! (Is this valid?)

...although that is probably everyday.

#25
Reactions
323 29 0
*scrolling down to see if anyone else thought of Dark Knight*
So far so good, I might have the best one...
*keeps scrolling*
Aw yes, this is gonna be goo-
*Sees BErt's post*
DAMMIT!

#26
Well now I feel bad, since mine wasn't very good anyway. It does appear to be a self-fulfilling prophecy, however.

Don't know if I lost points because BErt beat me to the Dark Knight connection though.

#30
Finally, a chance to use my degree in dumb word play. 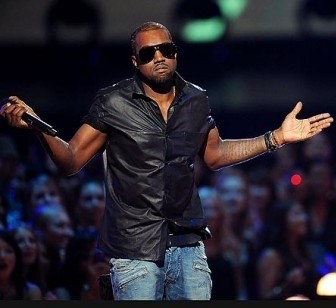 In a stunning move christian leaders worldwide rejected Jesus Christ. His descent in a glowing pillar of fire surrounded by angels was witnessed by every person on this planet, and peace and prosperity have reigned since his arrival just two weeks after Easter. However, christian leaders maintain that he is no longer needed. Many congregations are excommunicating individuals that profess a belief in his second coming. "We still believe in him, of course, but he's already given us the word, and now that he's 'clarifying' doctrine we've been teaching for centuries it's got our congregation in an uproar. We don't need him, right now, and wish he just stayed in heaven until the judgement bar when we'll need forgiveness. His command to 'come, follow me - again' is just an insult to us - what does he think we've been doing all these years?"

This is not the first time a deity has been rejected by his or her followers, and should the world survive the elements melting with a fervent heat at the end of his reign, it will not be the last time.
Click to expand...

Category: The world ended when...

(By the way, you can still put in for Monday's if you want. All sets of letters will be available until the contest closes on Friday. I will be tallying the results on Monday.)