In which I document my progress in my animation courses.

"Video Unavailable"
"This video has either been removed from facebook or is not visible due to privacy settings."

Well dang. It told me anyone given the link should be able to access it, and it works for for me through halforums. Will maybe upload to youtube. Thanks for the heads up!

I'll just put everything straight to youtube henceforth. I think facebook only shows it to those who are friended with me.

I remember this project! We had to make it move across the page and eventually settle. Did you shoot it on a lunchbox, or have they stopped using those?

David said:
Well dang. It told me anyone given the link should be able to access it, and it works for for me through halforums. Will maybe upload to youtube. Thanks for the heads up!
Click to expand...

Anyway, good job! I look forward to your future animations!

I find your balls mesmerizing.

Got here a bit before 6:00am and am all alone so thought I'd take some pictures. A little behind the scenes of the animation lab, since @Celt Z asked about lunchboxes (I do not believe we have those, I had to look up what they were.)

These light desks are what I work on. I'm told they are actual historical Disney animators' desks and were donated to Cal State Fullerton when Disney originally planned to shut down their traditional animation division in the early 2000's. 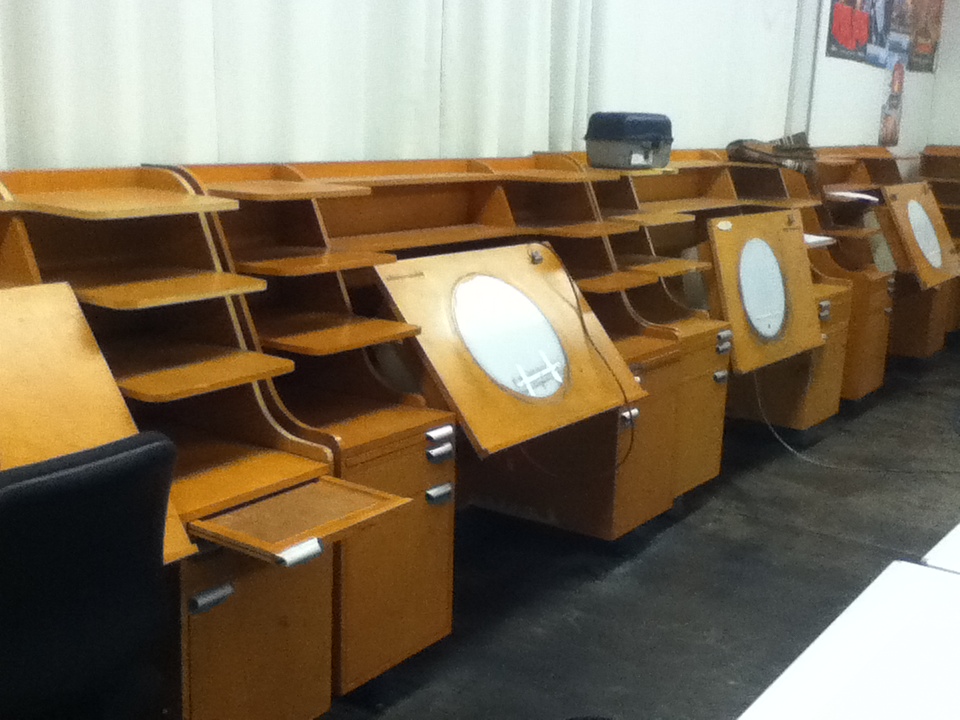 The filming is done on Macs with Digicel Flipbook, using a setup of sony video cameras and lighting rig. 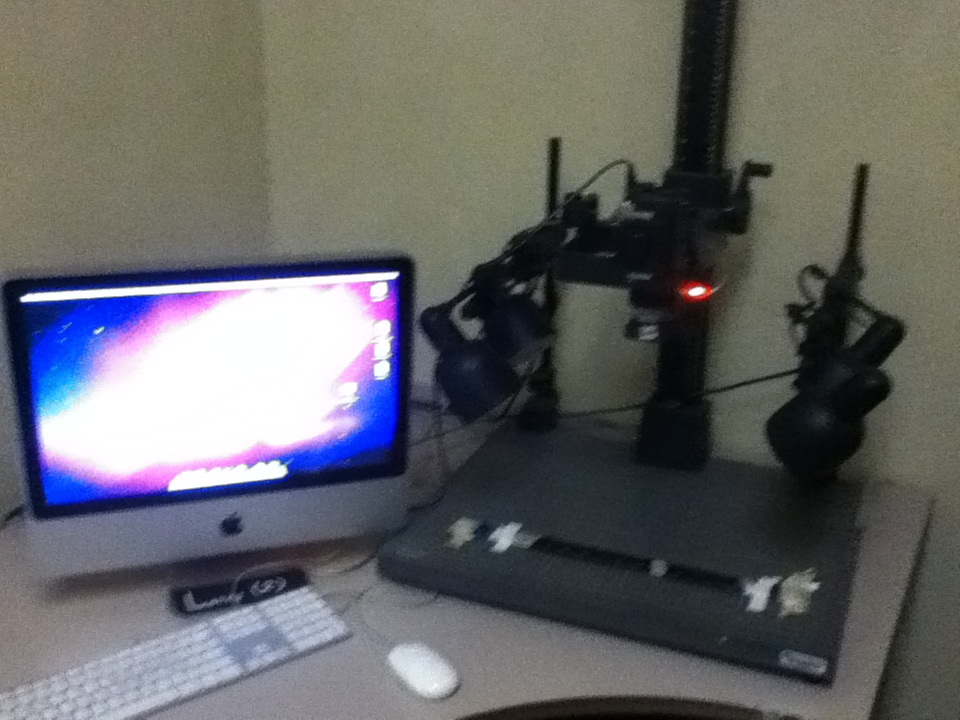 One of the rigs actually has a "property of Warner Bros. Studios" sticker on it, so I'm guessing these are also donated.

Finally here's my freshly filmed 4th ball bounce attempt. Getting there but probably will have to do it one or two more times before turning it in.

Fancy! Our equipment was far more primitive. This could be due to the fact I graduated 11+ years ago, and our school paid very little attention(and money) to our department. We were just starting to add digital filming (aside from having a dedicated PC lab for color/scanning/CGI/transfer to VHS). It makes me feel old and sad that you had to look up what a lunchbox is/was.On the other hand, we were given the chance to learn how to do everything, even in it's most basic, like shooting on an Oxberry and having to edit actual film by hand. Needless to say, it was a lot of extra, often frustrating, work.

Love the animation desks! That looks a lot more ergonomic than our flat tables with an embedded light box and a stool.

Day 2, with attempts 5, 6, and 7 of the ball bounce. The 5th I was attempting a teardrop shape for deformations and discovered it wasn't working for me. The 7th did the trick for the instructor and will be the one turned in.

Also the ball bouncing across the page. On my first attempt I seem to have filmed a few frames at the apex of the arch in the wrong order causing the ball to glitch.


Template I made for one of the ball bounces: 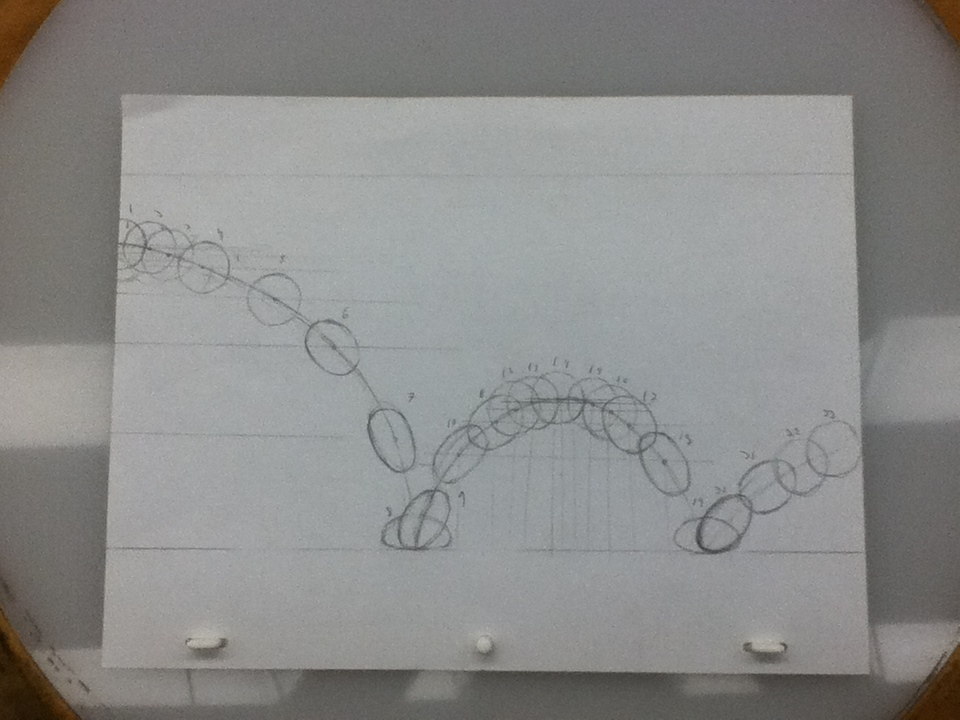 Flour sack dropping, attempted to do it in flash.

Here are the last few classes worth of pencil tests. I'm hoping to take the time to redo and improve the leaf drop and the flag wave. The walk cycle is a work in progress.

Spent today working on a jump. Still a ways to go on it.

Key animatic for my final, final animation is due in two weeks. Critiques appreciated.

Since you're only using key frames (I assume that's the project), I would exaggerate Mario's reactions a big more. There should be a little more squash n' stretch on the sigh, the reaction to the gift box, and the fire-run/

I didn't manage to polish it as much as I had hoped to, but I'm out of time and had to turn it in as it is. Maybe over summer I can redo it in flash. EDIT: Fixed external embedding, seems I unchecked that.

Ever the procrastinator, I went about 24 hours straight of painting to get my final and a few other late assignments finished on time for the portfolio review. It was actually a lot of fun and I'm considering making "24 hour painting" an annual challenge, or find out if there's an existing event similar to 24 Hour Comics Day. 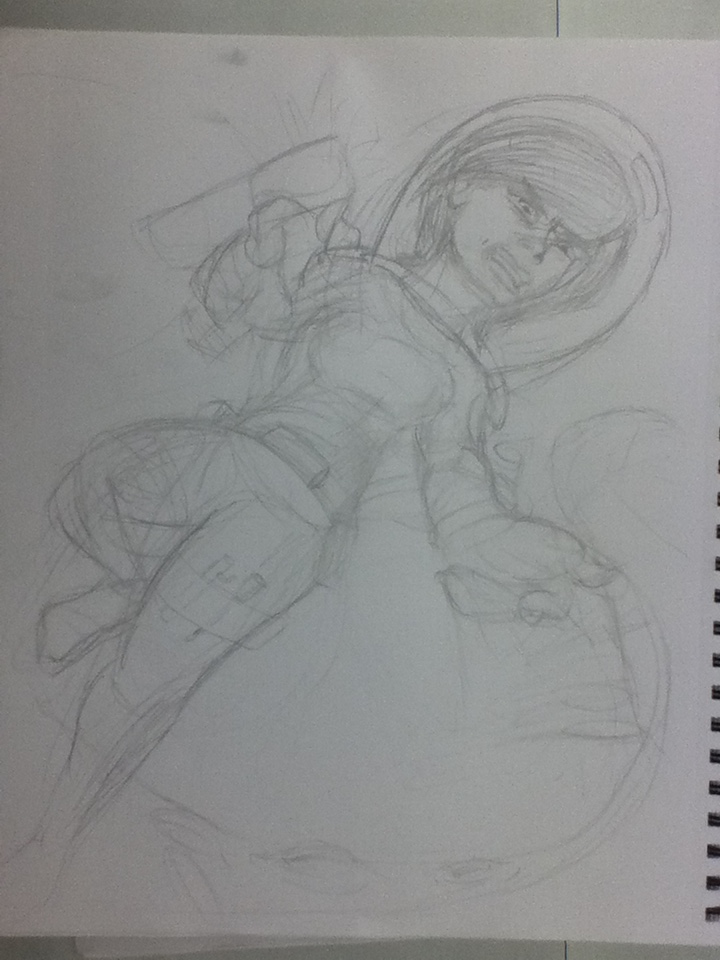 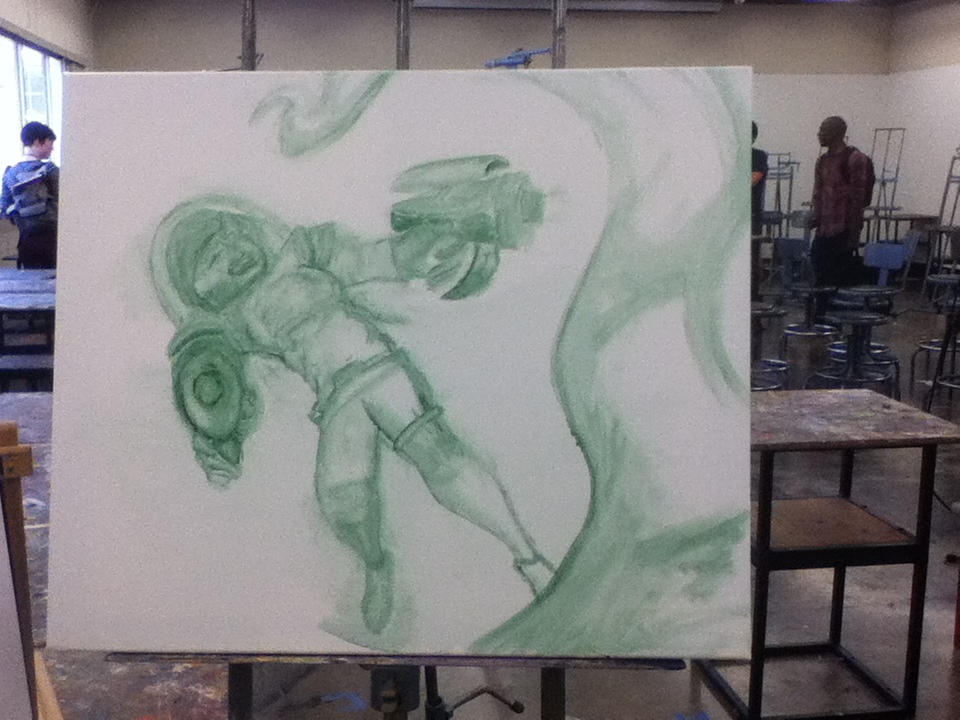 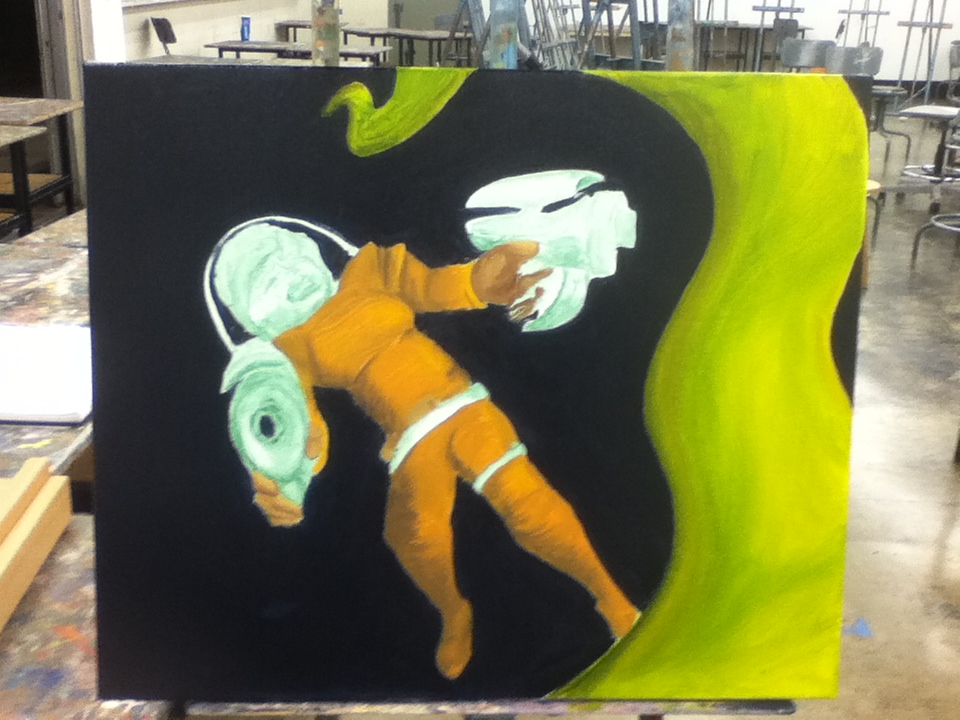 Final painting. The lighting is bad and I should feel bad. Will reshoot it when the sun comes up. 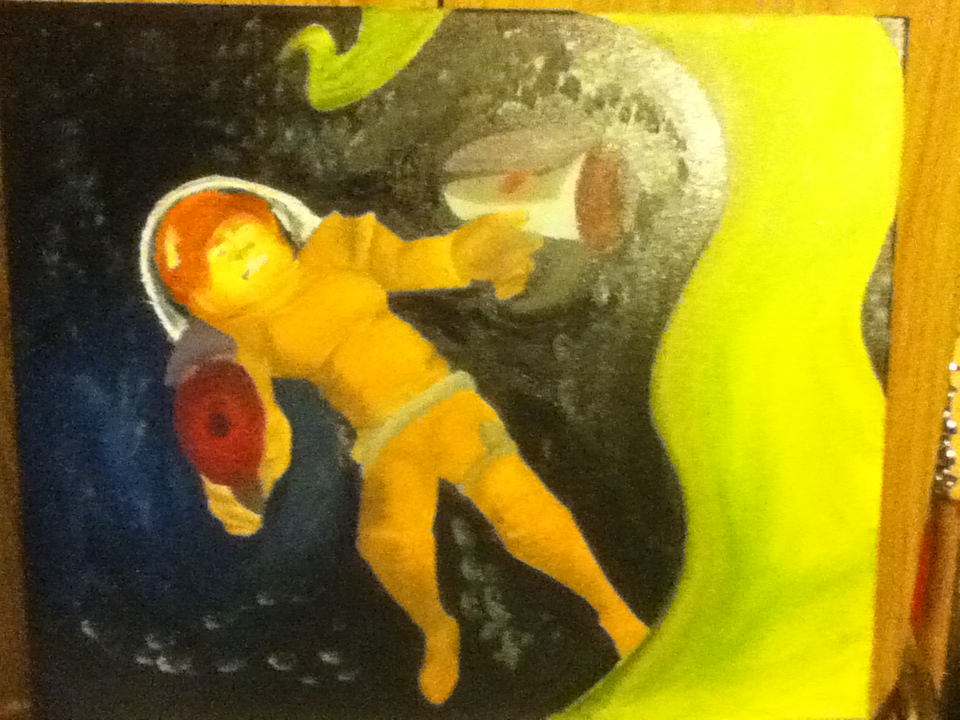 I'd really like to go back and touch it up over summer. Yet another of my "rushed to turn in for the grade, not quite happy with it artistically" projects.
Last edited: May 18, 2014

Got called on to paint some fireman themed things for a kids' event at the last minute. 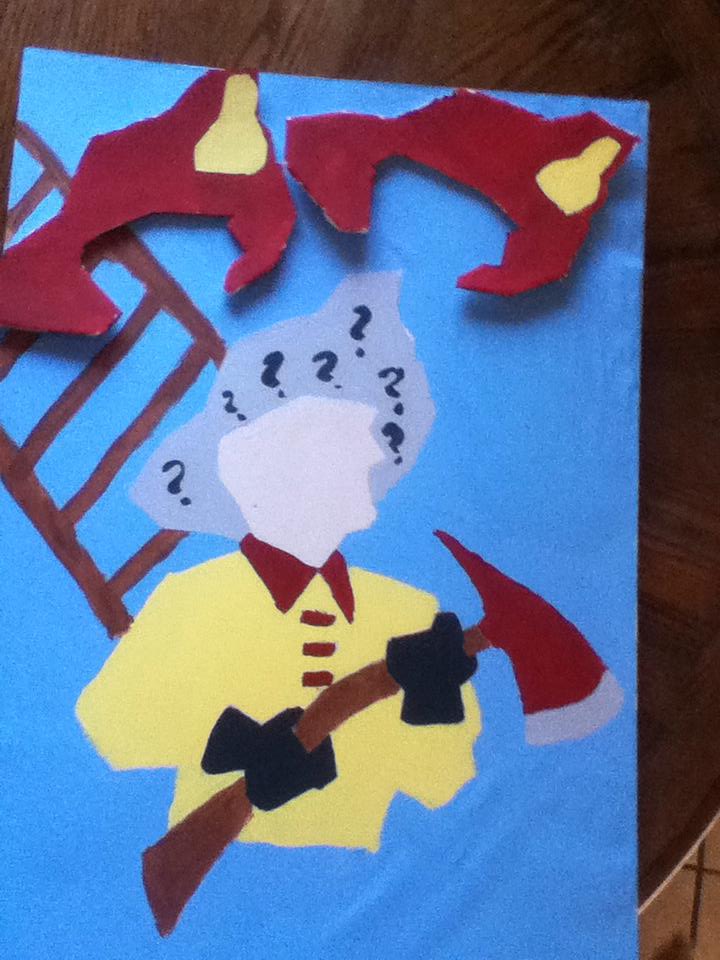 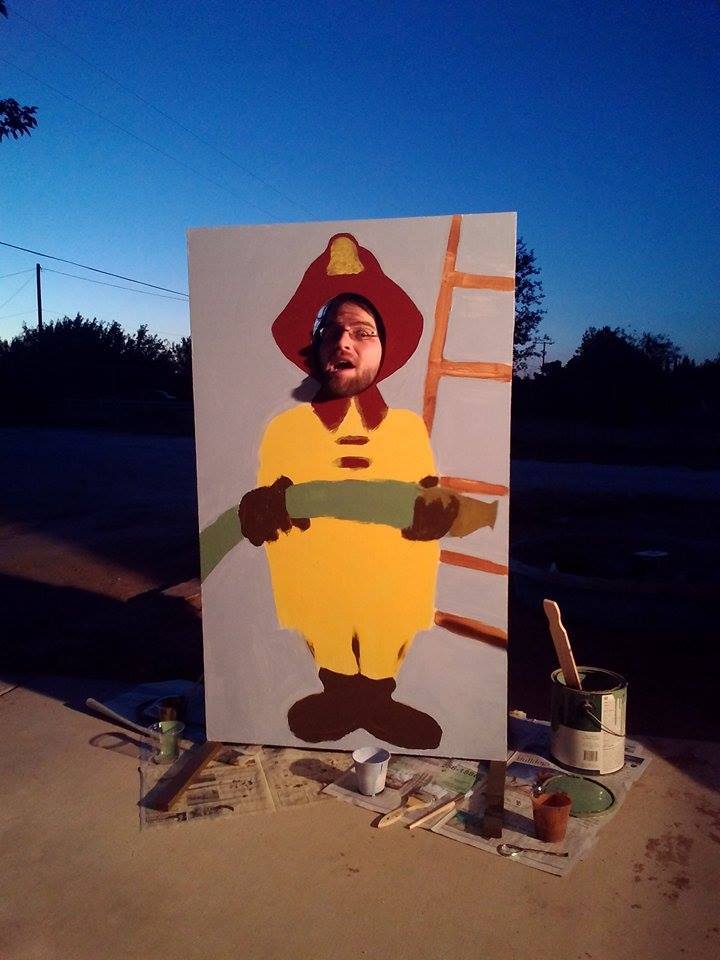 So, I was introduced to Five Nights at Freddy's.

I haven't updated this thread in a while, but I've been productive lately.

A bunch of works in progress for Angry Town: 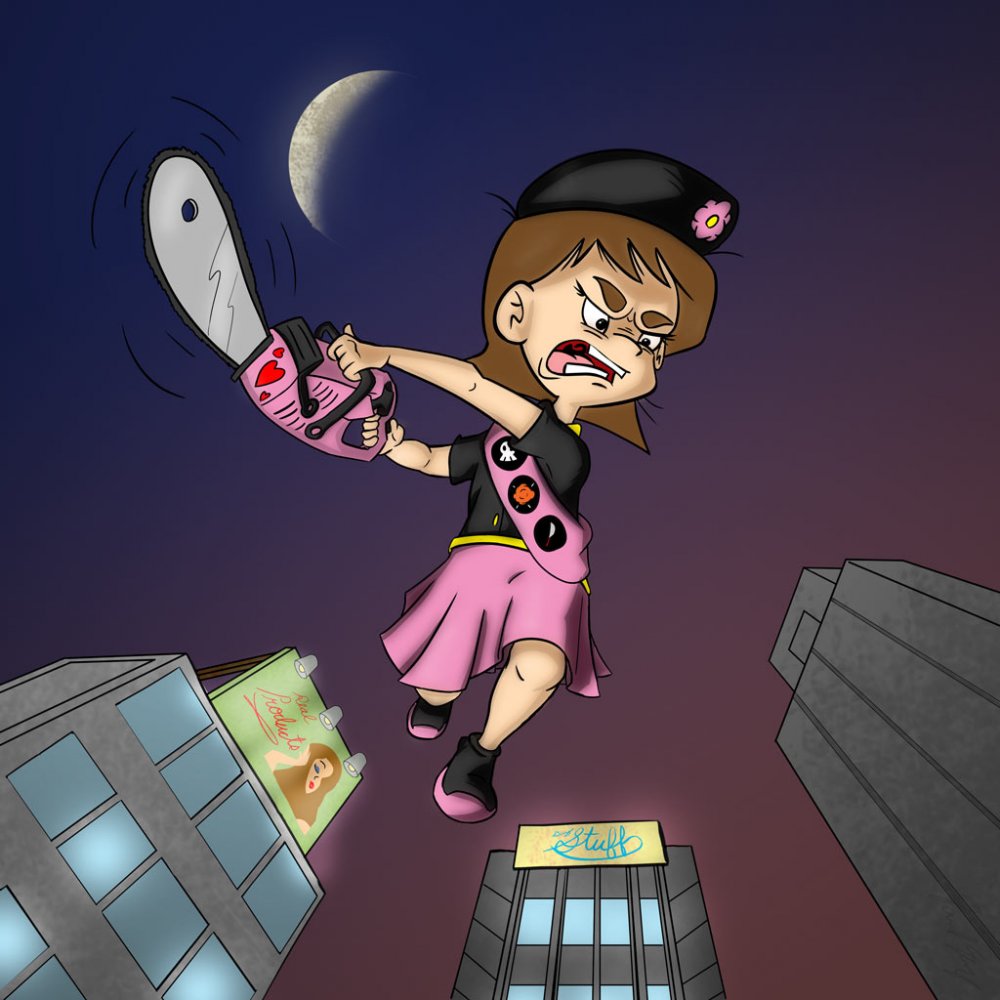 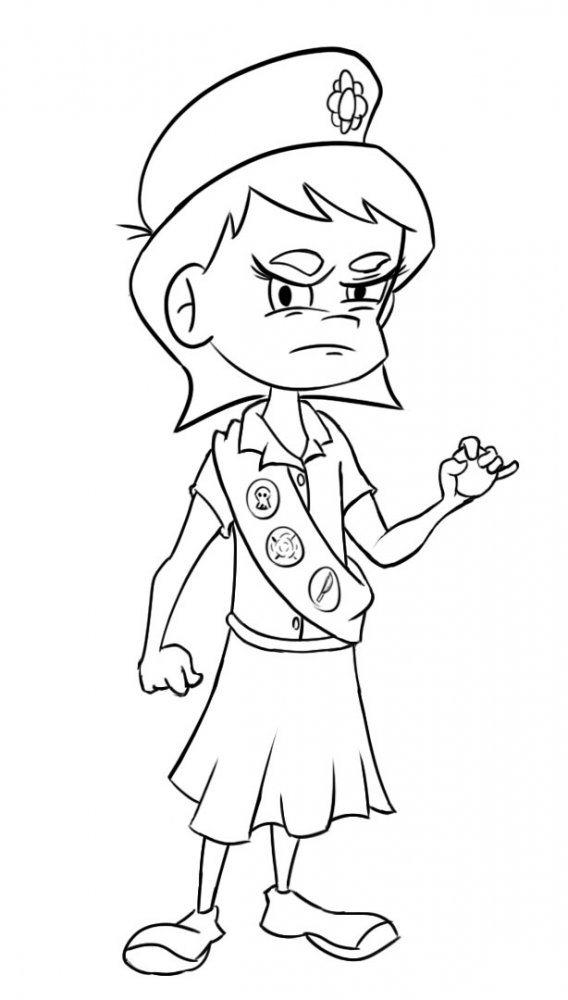 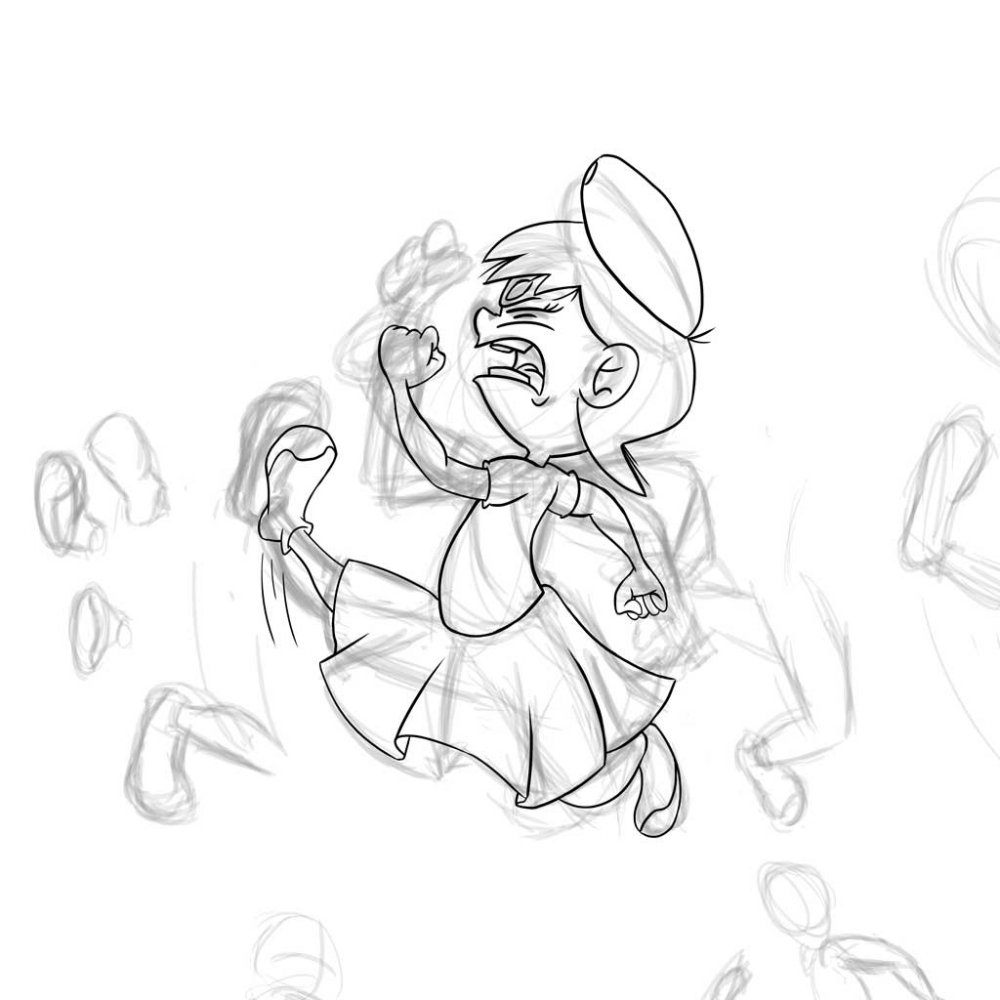 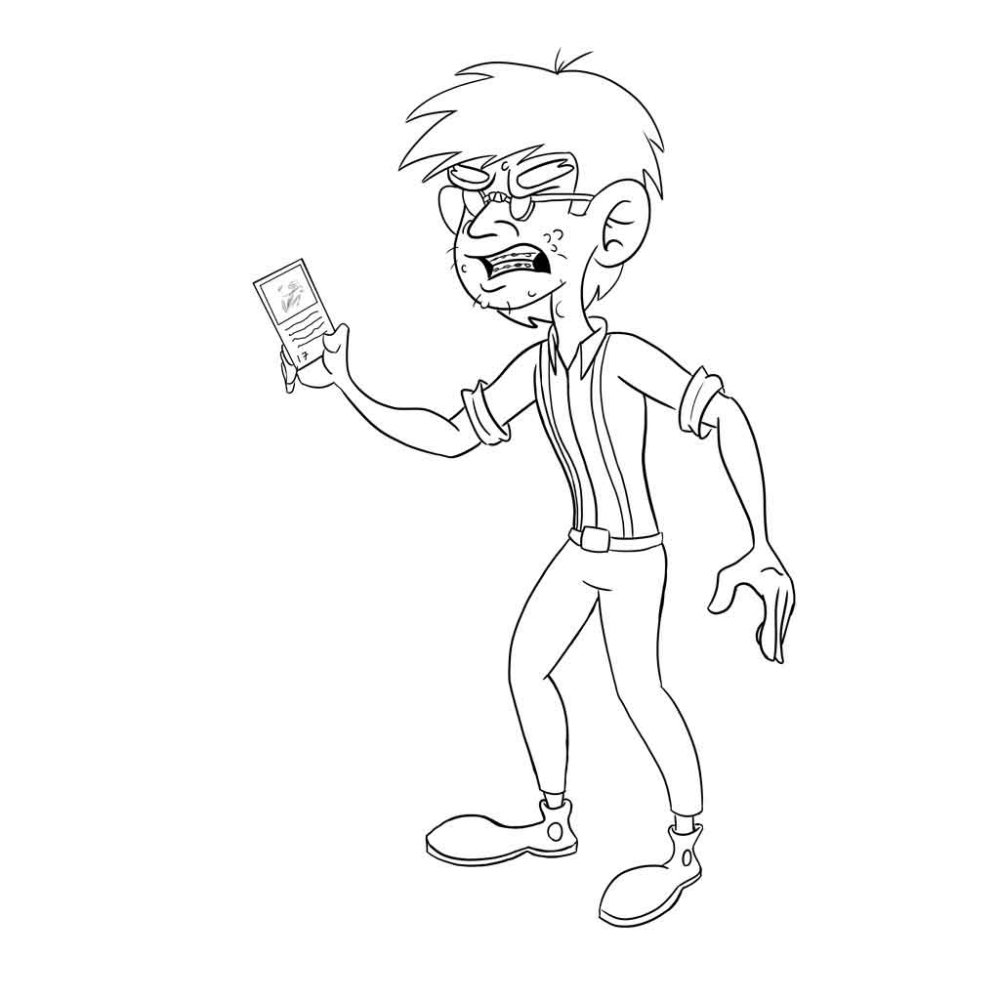 Did this one with a digital painting tutorial from Lynda.com: 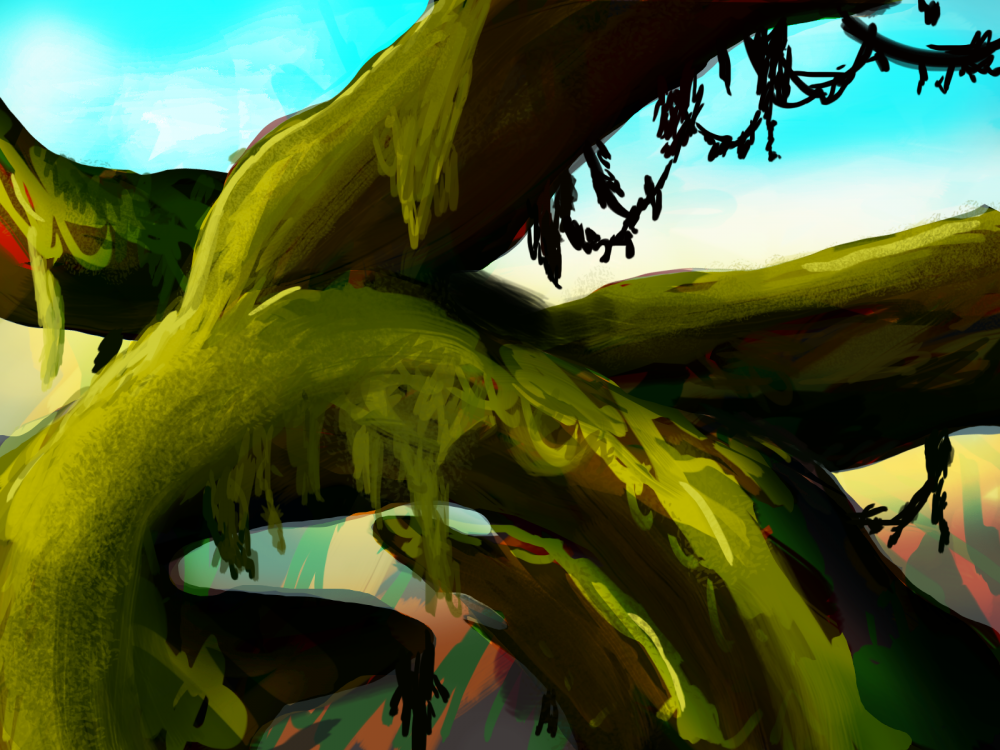 Which I applied the knowledge learned from to start on this: 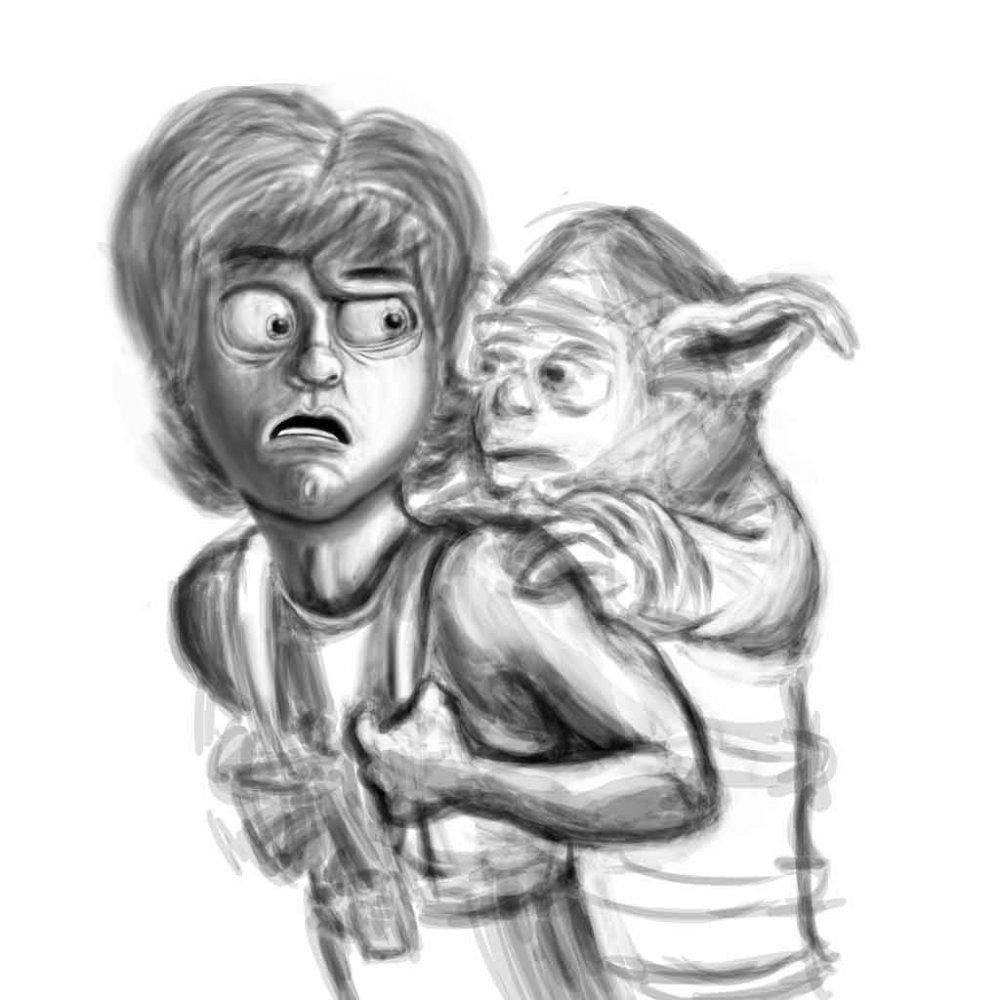 Becoming addicted to this digital painting technique lately. Working on this piece for a Plant Monster-themed art contest at my school. 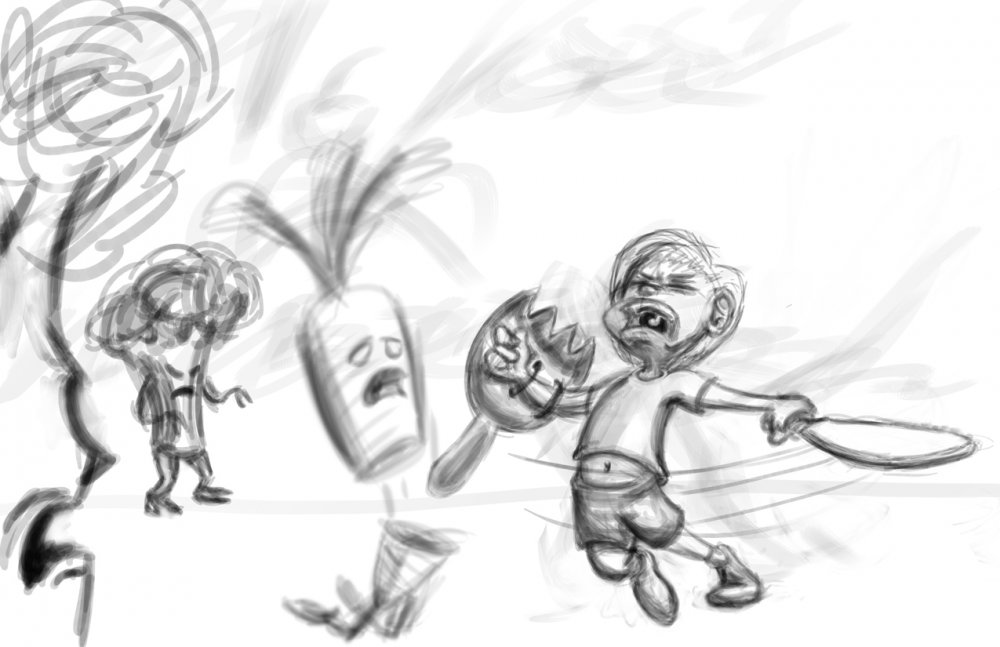 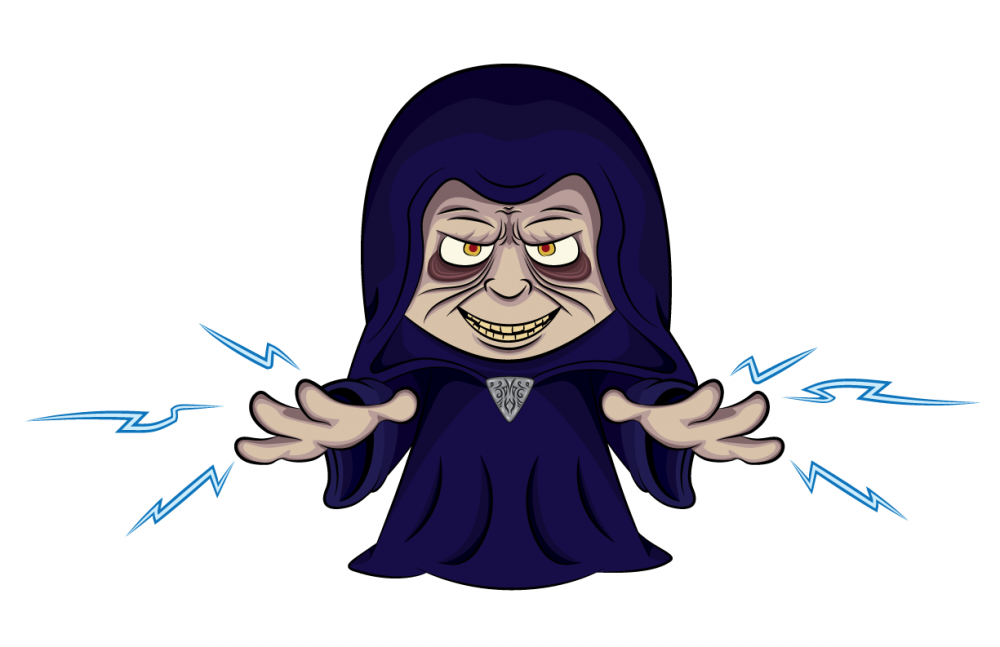 My assignment for my digital illustration class was to redesign a Star Wars character as a Pop figure. 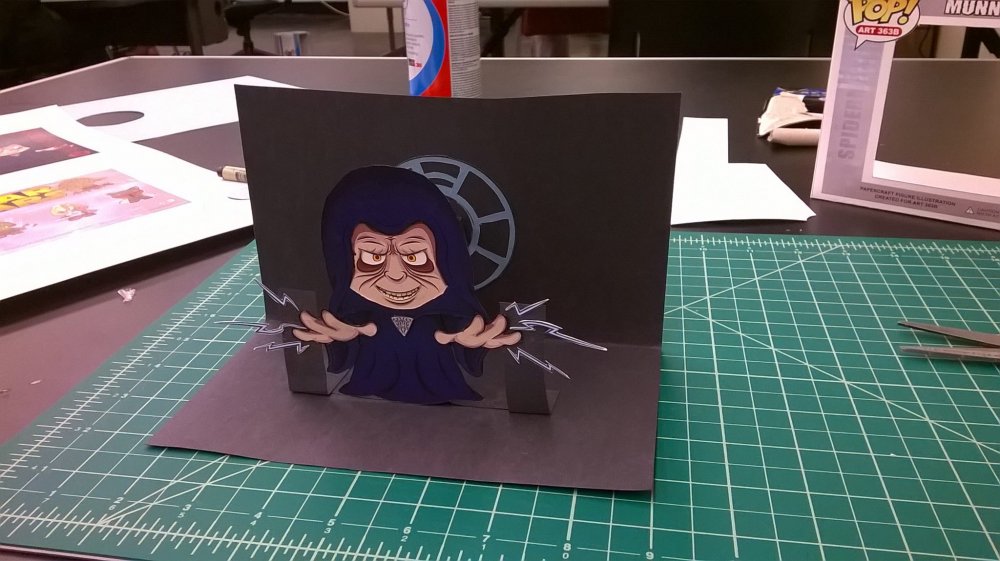 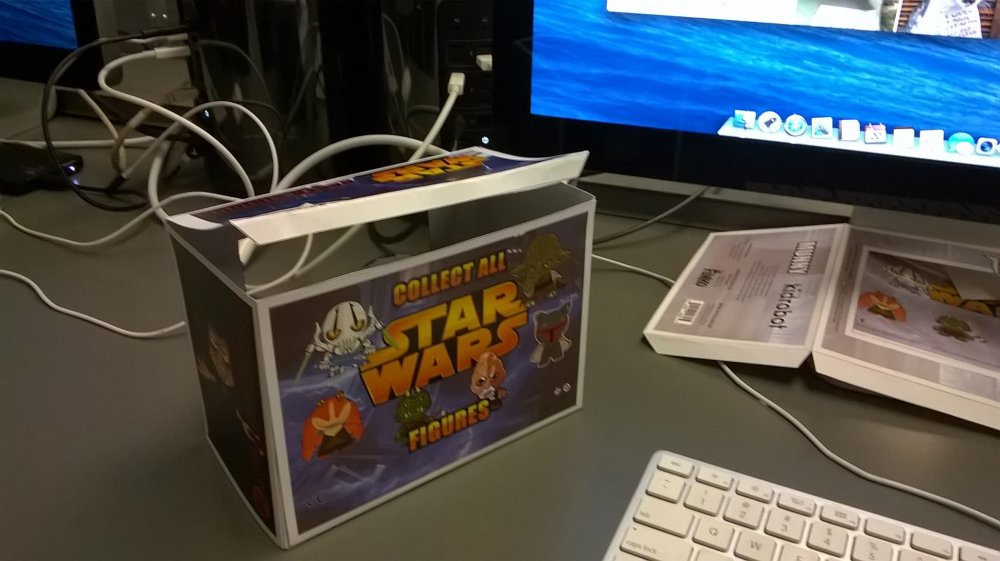 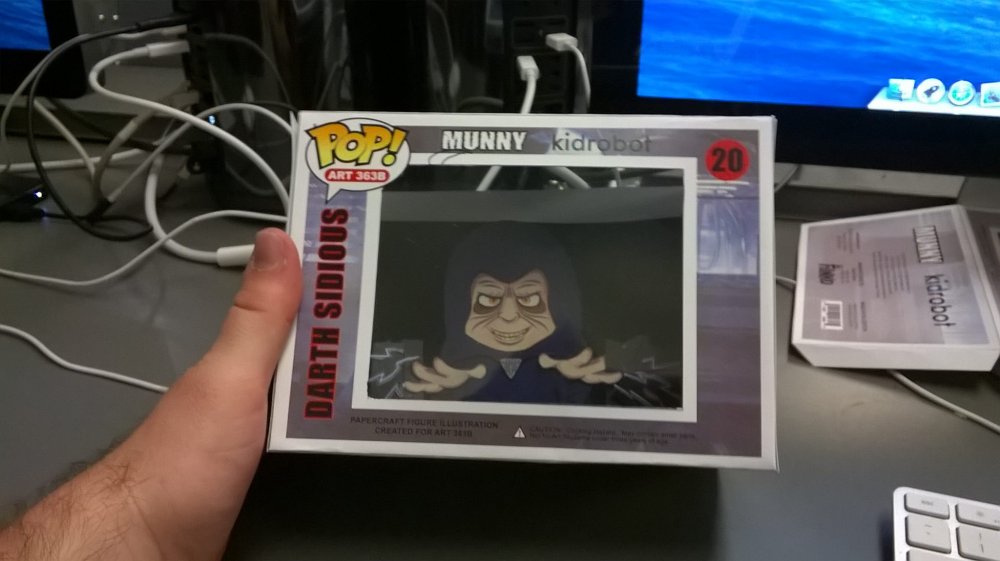 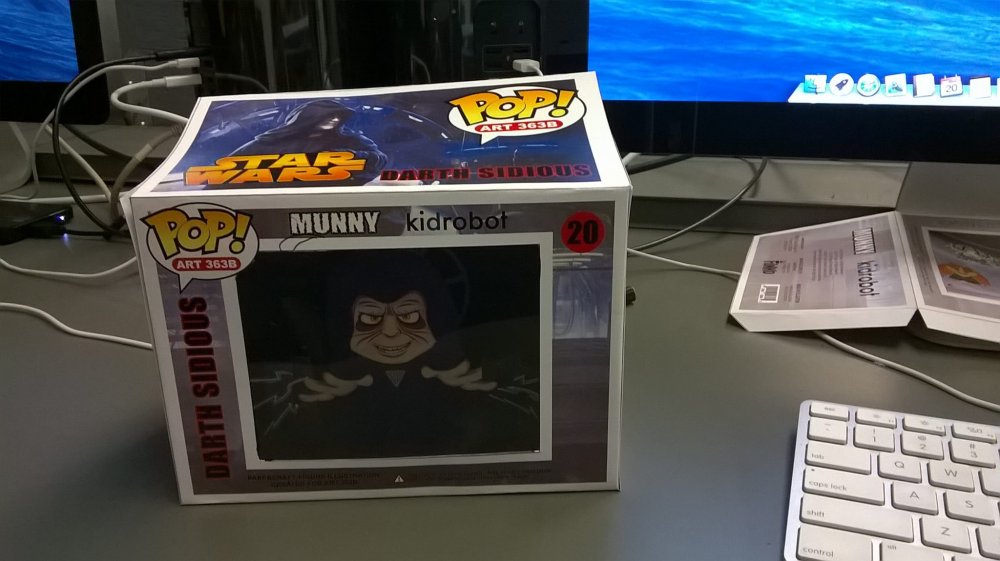 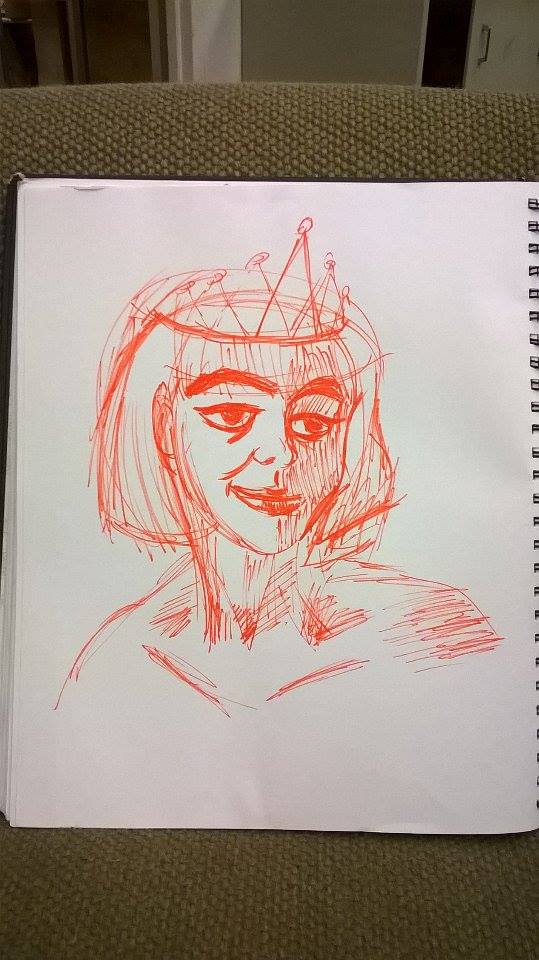 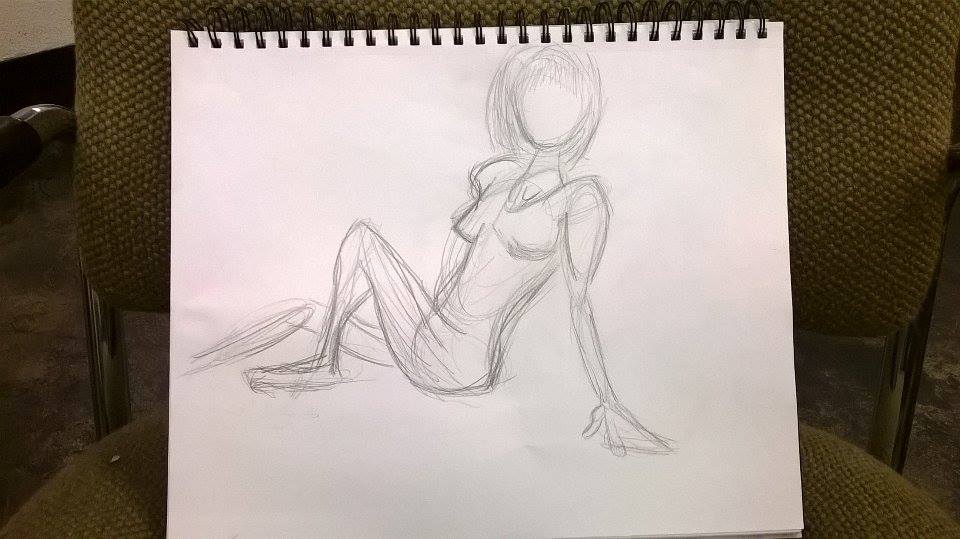 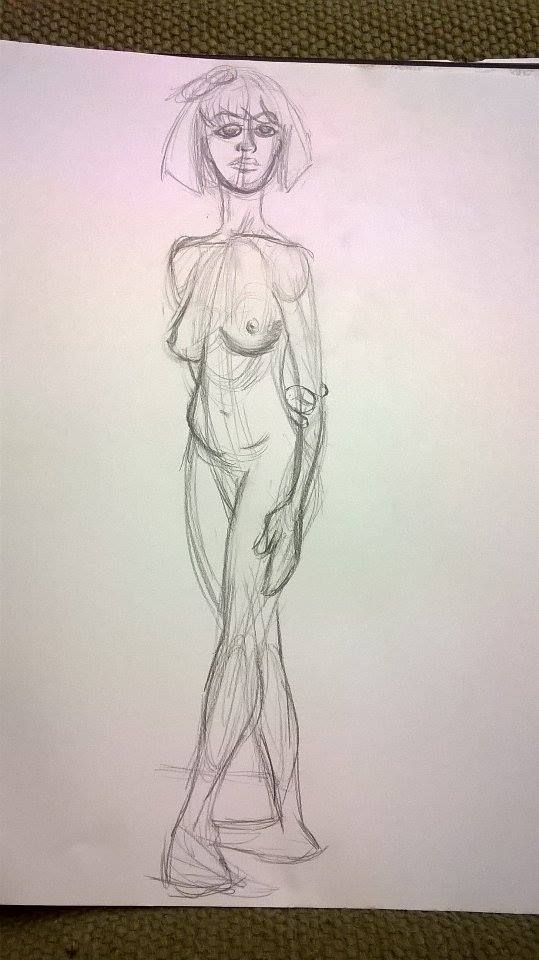 Refined plant monster contest entry. It was due by midnight tonight so I unfortunately ran out of time to get to coloring. I may go back to it later. 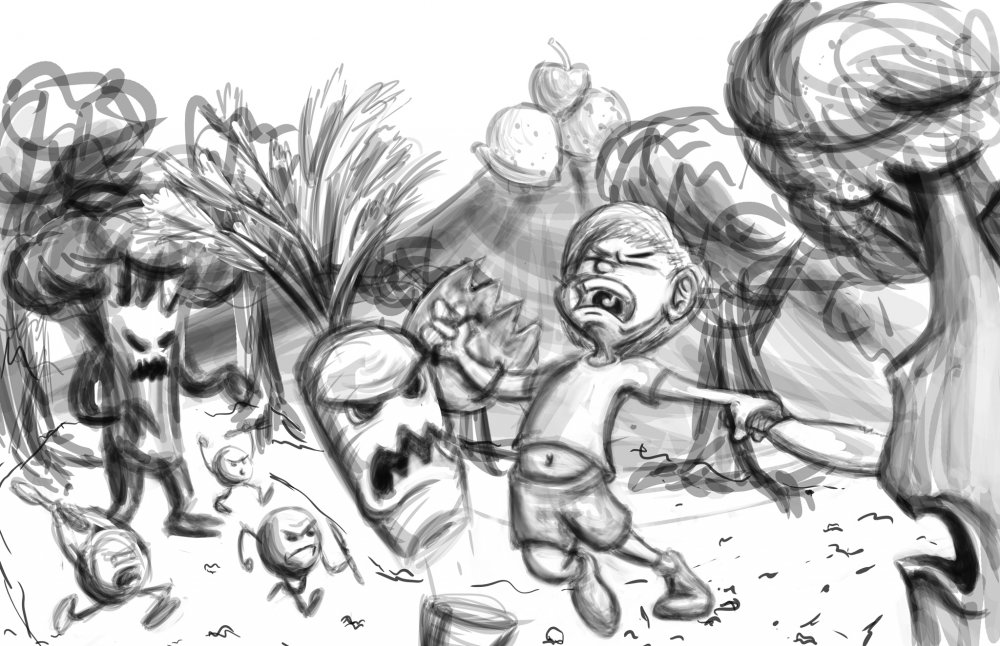 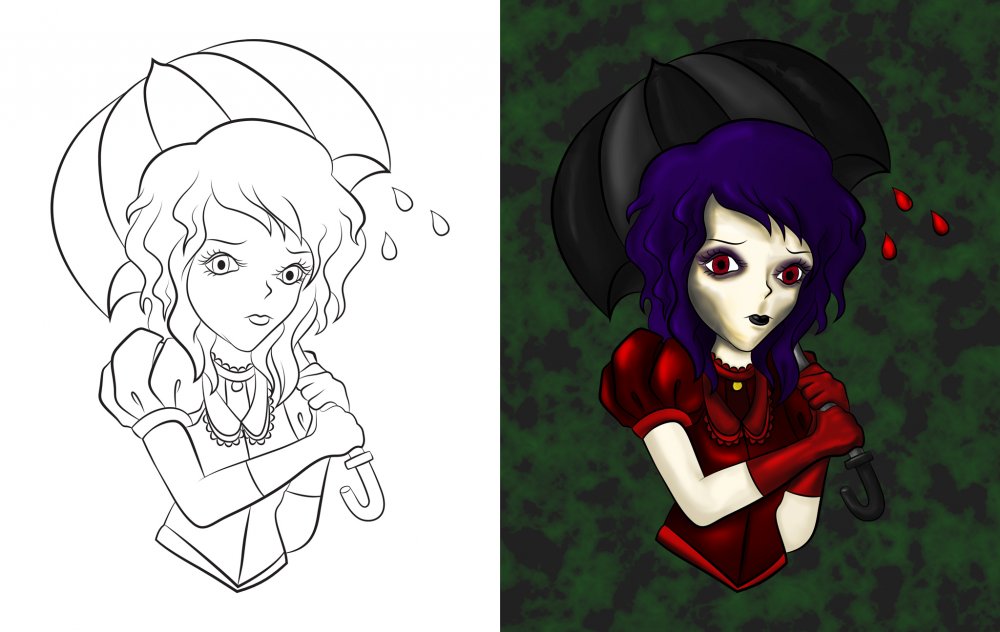 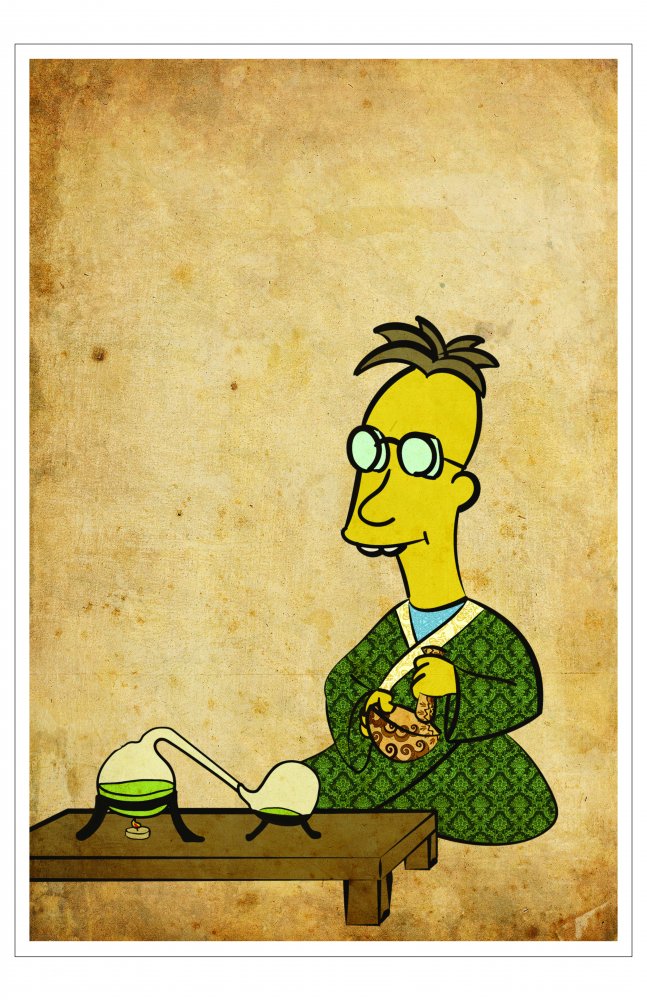 "A flashlight in my pocket, it is not." 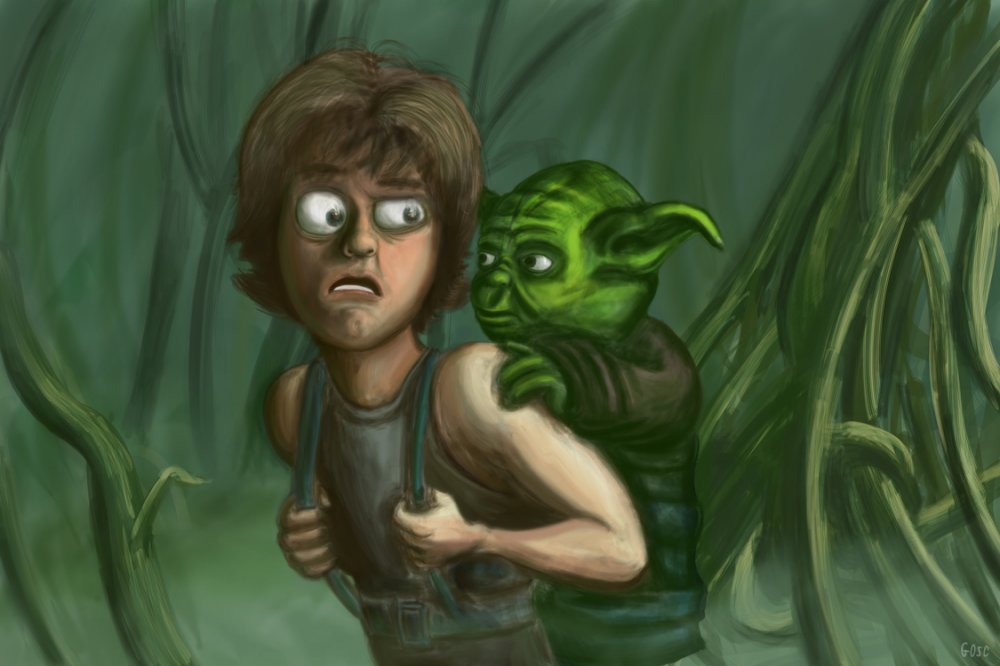 Because Lego Mario should be a thing. 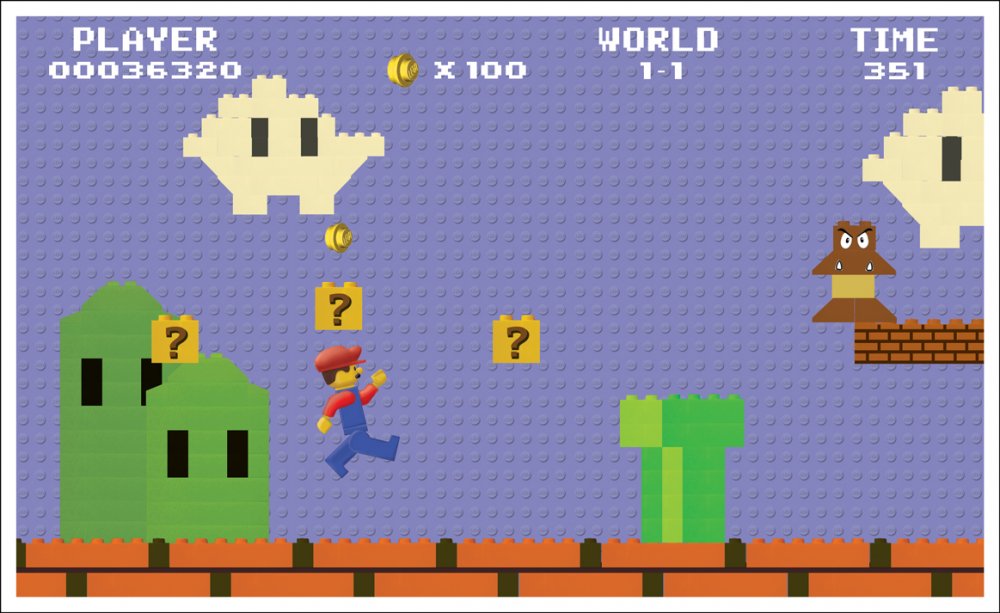 David said:
Because Lego Mario should be a thing.
Click to expand...

The clouds are just the bush bricks painted white!

Tropical Punch, the student film I've been working on all semester, is now online!

I've been grinding low-paying commissions on Fiverr and Upwork and it's resulted in some interesting pieces.