#1
Reactions
250 24 3
Gonna document my ups and downs here because I need a safe place to vent.

So Friday we had a chat and decided to end it. Or rather she said "I don't know what I want. I don't know how we got to this point." etc. and I decided for us that it's better to end it than try to fix something that she's not committed to. Feeling a little railroaded into being the "bad guy" because she refused to

Ended up going away for work to Saskatoon for the week, didn't talk much. Had a good time for the most part except for the times when it got quiet and my brain started running away by itself. That hurt something fierce.

Came back home, saw her in the airport quickly as she was taking the flight out that I came in on, gave her a smile, she gave me the smile that you give to those who ask you "How was the insane asylum?" "Just Grrreat thanks". and looked miserable to boot.

Staying at our (my?) house for the week. She's packed up a bunch of junk to throw out, and has a list of all the assets in the house all ready to get split up. That was quick. She also bought a brand new car which, uh, seems kind of fucking retarded at this point in time but whatever.

I guess like I'm feeling close to reality hitting me here. Like the train is out of the station and I know where it's going and I have no ability to stop it or change direction or anything. My friends are doing their best to keep me out of the doldrums but when I'm alone, it's really hard. Really, really hard.


And of course, if you ever need to talk, even if it's just about nerdy stuff or joking around to feel better, feel free. I'm Skype as ThatNickGuy. If you need to search by e-mail, it's nick underscore piers at hotmail dot com.

#4
Reactions
92 2 0
I wish I had sage words of advice, but my longest relationship was a year, so... in leiu of that, here is a rabbit with a pancake on it's head.

If you do want/need to talk, just send me a PM. Just make sure there's always someone to talk to, or be there with you if at all possible. It can get rough, and having people to talk to does help.

#6
Reactions
250 24 3
Thanks everyone. I need people, that's one thing I've learned about myself over the past couple months. The worst thing in the world to me is to be completely alone and I've felt that way within a relationship for so long that now that its ended I feel like I need that back, or that's my natural state. I really hate feeling crappy, unconfident, unattractive. But I guess this is the new Adam for awhile. Blah.

Toughest part is avoiding self destructive behaviour such as drinking alone at the bar. Like I'm doing right now. Hmm.

#7
Reactions
92 2 0
Adam said:
Thanks everyone. I need people, that's one thing I've learned about myself over the past couple months. The worst thing in the world to me is to be completely alone and I've felt that way within a relationship for so long that now that its ended I feel like I need that back, or that's my natural state. I really hate feeling crappy, unconfident, unattractive. But I guess this is the new Adam for awhile. Blah.

Toughest part is avoiding self destructive behaviour such as drinking alone at the bar. Like I'm doing right now. Hmm.
Click to expand...
If it helps, I'd do you.

For the record, totally meant as a joke and not as a creeper comment.

#8
Reactions
250 24 3
Thanks BL, that makes me feel substantially queerer

Click to expand...
Hell, you'll be alright, Adam my friend. At least you still know how to smile.

And that is a good start.

Go out with friends. Or have them come over. Watch a good movie. Listen to a new piece of music. Kickbox the living crap out of a sandbag. Whatever makes you feel better at this point. And while I don't have any advice sager (more sage?) than that, I'm just gonna say that a guy like you always pulls through. Because if a good guy can't get back up on his feet... well, that just ain't right. 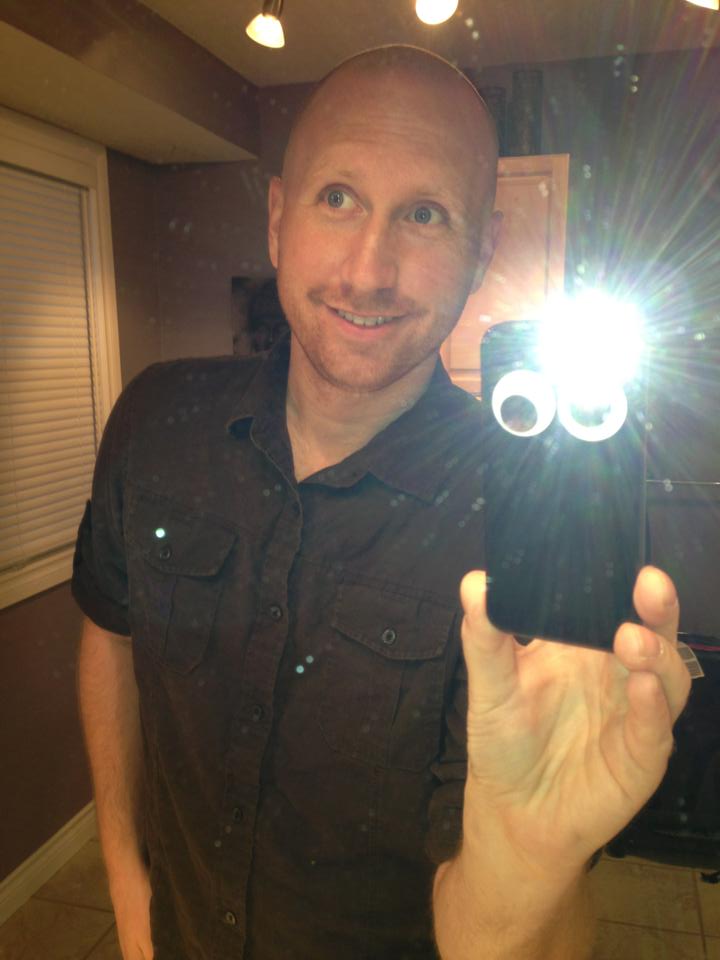 Doing my best with what I have. Also online dating sites don't work in small towns...

And then I realized what was missing: 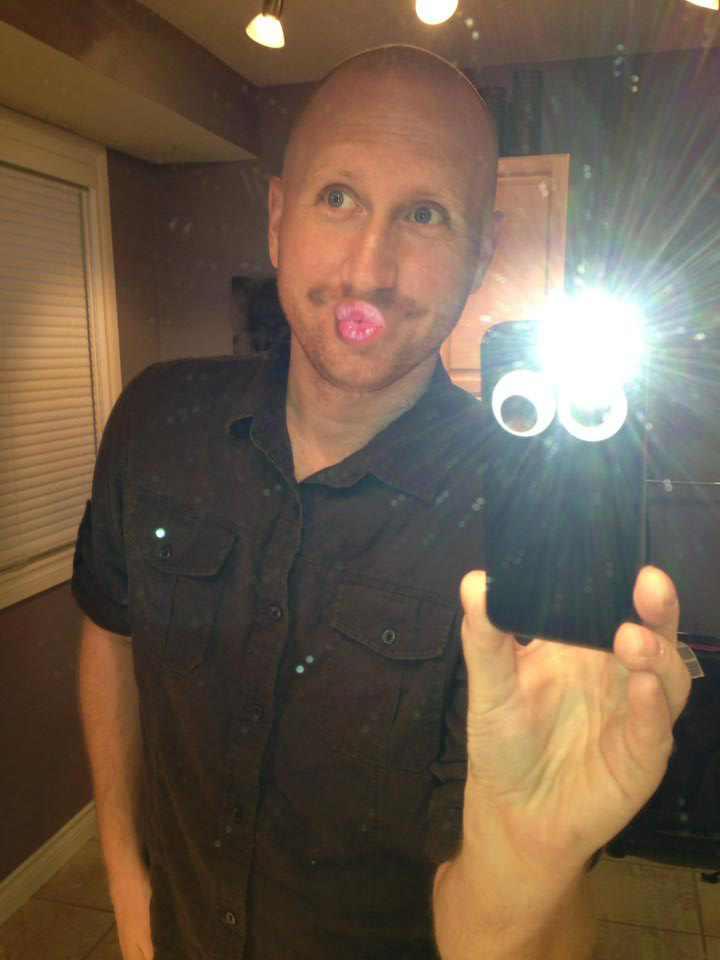 #15
Reactions
504 140 7
Dude, you're awesome. Don't sweat it. This is a long, hard process, and I'd be lying if I were to tell you it's going to get easier anytime soon. Just put one foot in front of the other and keep in close contact with your friends (in other words, unless you're in the ER, when they ask you to do something with them say yes, especially if you don't feel like it).

Find a divorce support group in your area ( http://www.divorcecare.org/findagroup ) and attend a meeting or two to see if that helps (I find having a group of strangers to vent to can be useful).

Things are going to change. Most significant life changes like this are bittersweet - yes, there's a lot of pain, but there's also a number of things that will be better as well. Try to focus on the good, deal with the bad, and know that next year you'll be happier than you are right now. It'll come.

#16
Reactions
50 0 0
Sorry for what you're going through. Having gone through it 3 times now I know what it's like, if you want to commiserate send me a PM and we can chat.

And then I realized what was missing:
View attachment 11015
Click to expand...
Aww. You should've moved the googley eyes over to Adam's face, too. 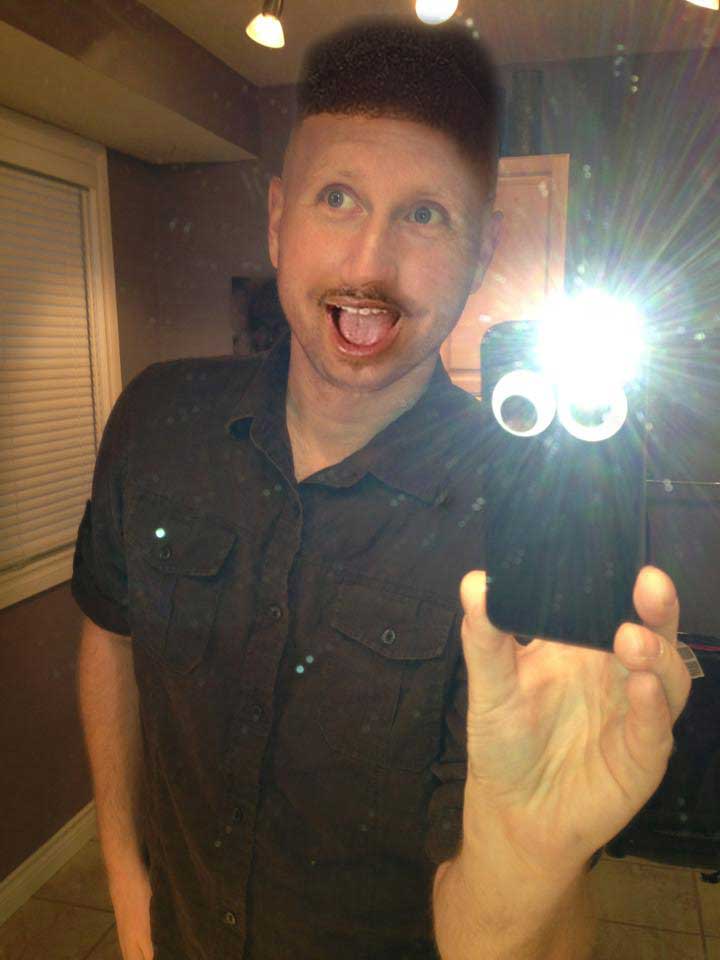 #19
Reactions
239 173 0
Bah. That sucks Adam. All I can really do is echo what other folks have said. And of course, if you need or want to talk you know how to reach me.

On the upside, I have that same shirt, so you have great taste.

Not true at all. Two of my oldest friends from my old little small town in Northern Alberta met their respective fiance and countless girlfriends from online dating. It can and does work.

Just gotta. By my manstimation, you're a handsomer fella than both of them too.

#25
Reactions
3 0 0
Frank said:
Not true at all. Two of my oldest friends from my old little small town in Northern Alberta met their respective fiance and countless girlfriends from online dating. It can and does work.

Just gotta. By my manstimation, you're a handsomer fella than both of them too.
Click to expand...
I think he means because everyone knows him and possibly his ex-wife already. So it would make for awkward dating.

#26
Reactions
250 24 3
nah, for a small town, it appears few people know anything. and besides, people that know me would consider me more datable than people online. i am far nicer in person...

I find this hard to believe, since it goes against my cynical nature.

That aside, I can't add much more than what has already been said. Best of luck, and hope you'll find a way to feel better soon. If you want to talk to someone at a time when all normal people in your time zone are asleep, feel free to contact me

Staff member
#29
Reactions
56 0 0
Hey Adam, I just saw this thread. I'm really sorry for what you are having to go through man. I'll echo what others have said about finding some support (maybe even some counseling if you think it will help keep you out of depression, I know my wife sees a lot of pre and post divorce folks dealing with getting on with their lives, so it's pretty normal), don't be afraid to reach out, especially when those really hard alone times happen.

In the end you will make it through this, but as you know it's not easy.

A good mantra (unless you hate this band, then this will probably be horrible to your ears):

#30
Reactions
39 0 0
I'm sorry to hear that, man. My Gmail address is stepsbeyondmadness(at)gmail(dot)com and I'm on pretty much all the time; drop me a line if you want to talk. I can give you exclusive access to kitten photos.

#32
Reactions
95 0 0
Sorry for the late condolences (I just saw the thread) but my heart and thoughts go out to you. If you are ever out in the Seattle/Lacey Washington area let me know and we can meet up and grab a drink or a bit to eat (my treat). And if you need anyone to talk to just send me a PM and I would be more than willing to give you my email address or my cellphone and you are free to call/text/email whenever if you need someone to vent at or something.

#33
Reactions
250 24 3
Thanks everyone. If anything I've learned that days are up and down for me quite a bit. I can go from happy to excited to sorrowful to regretful to missing her to hating her all throughout the day. I eagerly anticipate a day where I can see her name and not feel a pang of shit, almost anything. I'm trying to keep busy but I'm also looking at doing stuff for me as well. I'm probably going to step off of my foundation work as right now there's too much rattling in my head and it's wayyy too easy to just forget about things but concentrating on work stuff that doesn't really matter.

As much as I like to travel, it's 900x better with someone. Have a date lined up for Friday so we'll see how that goes. She's definitely my type.

Counsellors appointment tonight, so that'll be a nice opportunity to vent. And then Christine and I meet on Wednesday to start splitting up stuff apparently. Not particularly looking forward to that unless it means I get my house back.

Good luck! (And try not to talk about it - unless she's also going through something similar)

#35
Reactions
250 24 3
She actually broke up with her long term boyfriend of 7 years about 7 months ago. And then quit her job and moved to Hawaii and hasn't really been on the market since. Apparently she's not ready to date quite yet plus she's got it in her mind she wants to move back to Hawaii in October. It doesn't really bother me one way or another, she's been a great friend thus far and her positive attitude is contagious.